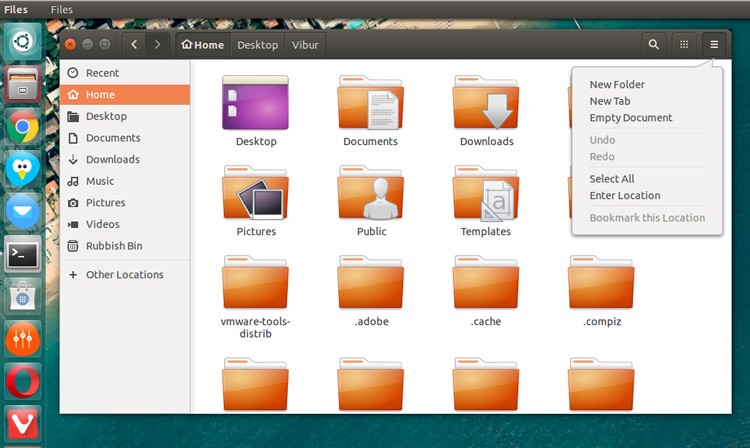 The latest stable version of the file manager is currently pending in the yakkety-proposed updates, along with some other GNOME 3.20 apps and a bump to GTK 3.20.

Get Ready for a TONNE of New Features

Although some will view this as “just a file manager”, the upgrade is notable: it marks the first time that Ubuntu users benefit from the raft of improvements made to the GNOME file manager over the past year and a half.

Yes, the various improvements, refinements and new features of Nautilus 3.16, 3.18 and 3.20 will finally be available to Ubuntu users without the need for PPAs.

As of v3.18 it’s possible to access your Google Drive files in Nautilus. The same version also introduced an in-app download progress menu and improved file and view sorting menus.

Ubuntu 16.04 LTS ships with an older version of Nautilus — version 3.14! This wasn’t the plan. Despite early attempts to move over to Nautilus 3.18 for the LTS a number of issues meant it couldn’t, as explained at the time:

“The new version is going to need more work which is not going to be done this cycle (some issues/regressions are being handled upstream in 3.20 but we can do that update with our GTK version, also the new copy dialog is a bit much of a change and upstream confirms it’s creating problems that they try to address with more UI changes.”

Ubuntu’s Ambiance and Radiance themes have since been ported to work with GTK 3.20, and a number of patches that integrate the file manager with the Unity Launcher, the Global Menu applet, have all been refreshed and updated to support v3.20.

Will this be enough to entice you to upgrade in October? Let us know in the comments below.