Have you checked in on Deepin, the Chinese (formerly Ubuntu-based) Linux distribution, recently?

And it seems I’m missing out.

And from the images they’ve shared it looks slicker and neater than my hair on a Friday night out.

Deepin describes its file manager (through the power of Google Translate) as having a “minimalist, flat style with a simple, elegant look”.

“It follows the classic file manager design and layout, simplifies user operation and introduces new features. Clear navigation bar, search box, a variety of views and sorting options you view and manage your documents in the way that suits you, to give you a better experience!”. 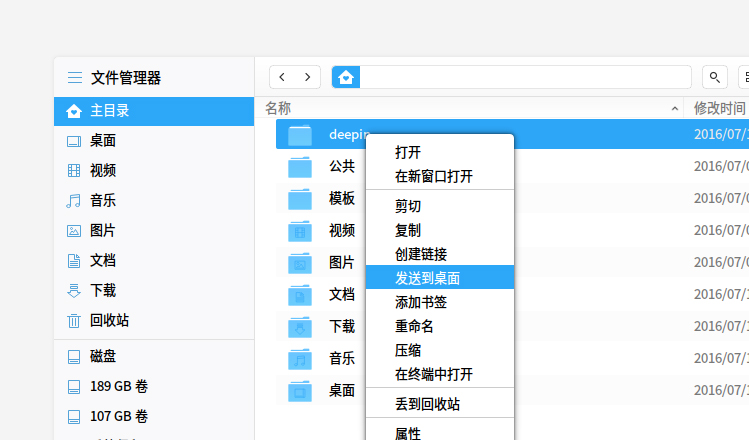 There’s no word on when Deepin users can get a hold of the new file manager, or how. Or rather, if there is word Google Translate is garbling it.

It is possible to install the entire Deepin Desktop Environment (and its core app set) on Ubuntu, though it’s not recommended, and not without caveats.

But it can be done.

Deepin has never been a “me too” Linux distribution. It has forged ahead to create its own identity, its own desktop shell, app store, default apps, and user experience.

Do you like what you see of this file manager? Would it tempt you to switch from Nautilus? Share your thoughts in the comments below.

An earlier version of this article incorrectly stated that Deepin is an Ubuntu-based distro. It used to be, but is no longer.