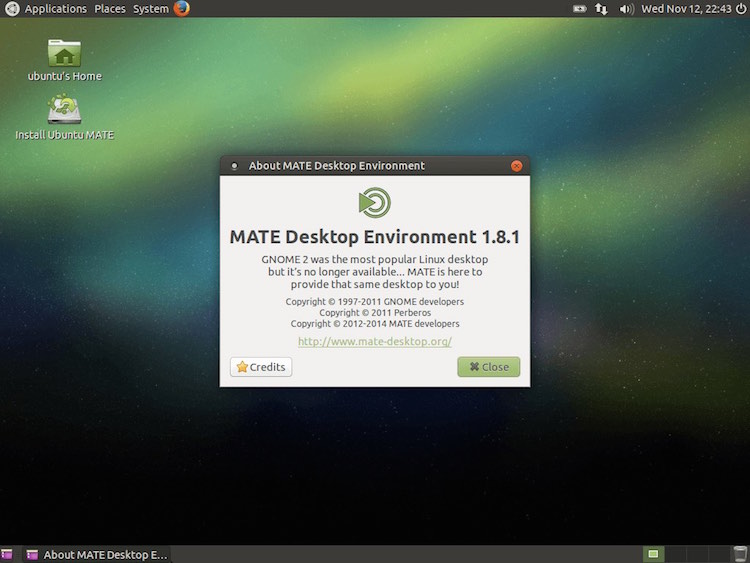 Fans of the traditional desktop can rejoice, as the first long-term support release of Ubuntu MATE is now live and available for download.

The community flavor uses the GNOME 2-based MATE desktop environment, which while forked continues to see active development and improvements made. Ubuntu MATE 14.04 LTS follows on from version 14.10, released last month.

Now, at this point you’re probably wondering if I’ve made a typo (I’m Joey Sneddon; that is a near certainty). But in this instance, no; you read correct. The Ubuntu MATE team has decided to retrospectively create an LTS release.

Ubuntu MATE 14.04 LTS should really be called Ubuntu MATE 14.11 LTS. Not just because it has been released in November, but because its code base is more of a mix of 14.04 and 14.10, as project lead Martin Wimpress notes:

“This release is unusual in that it is based on Ubuntu MATE 14.10 but adds a number of new features and fixes many bugs. Although this is a 14.04 release you can consider it a newer version than 14.10[…]”

Like other community flavors Ubuntu MATE 14.04 is supported on the desktop for at least the next three years, but should also get critical security fixes through the duration of its parent.

Changes from 14.10 includes the following:

More details, including links to hardware requirements and support information, can be found on the official website, as can the download links I know you’re itching to click.