One of the most popular open-source media center applications that’s available on Linux (and other platforms) is getting a new name.

XBMC is no more; as of the next major release, version 14, the project will be known as ‘Kodi’.

The community project was created back in 2002 as a means to play digital media on the original Xbox console. Since then the project has, by and large, always used a variation of its Xbox-branded roots. Early releases were titled ‘Xbox Media Player’, later changed to ‘Xbox Media Center’ to represent the growing feature set. After being ported to run on more than just Microsoft’s game console, the project settled on the acronym ‘XBMC’ in 2008.

Or ‘XMBC’ as I would repeatedly type it as during the early days of this site.

Why the change of name? Why now? And what does ‘Kodi’ mean, if anything?

‘The software only barely runs on the original Xbox…’

“The software only barely runs on the original Xbox, and then only because some clever developers are still hacking on that platform. It has never run on the Xbox 360 or Xbox One,” explains project manager Nathan Betzen on the XBMC blog.

And with the software now far more featured than ever before, with a diverse market of add-ons, gaming features and streaming support, it’s more encompassing than ‘a simple Media Center.’

For this reason, Betzen concludes, “”XB” and “MC” simply don’t make a whole lot of sense any more.”

Justifiably to XBMC faithful, the name change also nixes a number of long standing legal problems facing the project. “[We] never had any sort of legal control over the use of its name…” Betzen notes, adding that the XBMC Foundation, set up in 2009 to better aid and manage development, operated under ‘potential legal threat from other companies’ owning similar trademarks.

As of the upcoming release of XBMC 14 the project will formally transition over to the new name of ‘Kodi’. It doesn’t appear to have any specific meaning other than sounding quite cool.

Migration won’t be easy, and XMBC/Kodi developers have a lot of handwork ahead; code has to be adjusted to use the new title throughout, and this has to be tested and double-checked on every platform it supports. Websites, contracts and artwork have to be changed, as will e-mail addresses, developer accounts and more.

“But,” Betzen concludes, “we believe that with your support and the support of the whole community, Kodi, the media center or entertainment platform or whatever you choose to call it that we’ve all come to love will be even stronger than it was before.”

Quite right.  For the full musings on the moniker migration you can mosey on over to the official website, linked to below.

To take the current stable release of the entertainment centre for a whirl you’ll need to add the official project PPA to your software sources. 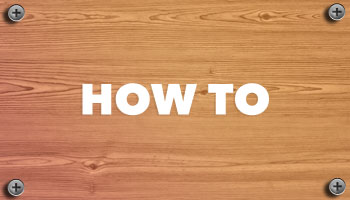 How to Easily Create a Ubuntu Kiosk Computer
Read Next