Ubuntu might well be the world’s most widely used flavour of Linux distribution, but whether it’s the best remains a hotly contested, hugely contentious topic.

Obviously, with a name like ours above the door, we’re a little biased, but we’re not blind; many of you, our regular readers, prefer to use other Linux distributions for a variety of reasons. Some are championed because they use something other than Unity (a very poor excuse) while others find favour by trying new and innovative things on the desktop.

What follows are five of the top Ubuntu based Linux distributions as suggested by you.

No round-up of Ubuntu-based distributions would be worth its salt if it lacked the freshness of Linux Mint. Now one of the most well-known Linux distributions, Mint regularly tops the Distrowatch rankings. It has a fan base that is both fervent and loyal in equal measure — a testament to the direction taken by its de facto leader ‘Clem’.

It has become the recommended stop for those dissatisfied with Canonical’s Unity shell.

The Cinnamon desktop has come a long way since its humble beginnings as a refuge for disillusioned GNOME Shell haters. And in its latest iteration, shipped with Linux Mint 17, it truly shines, with tweaks and polish delivering a more familiar desktop experience than the ‘next generation’ shells of GNOME, Unity, Deepin and ilk.

For a fuss free experience with unique touches (like the graded update system) Mint with Cinnamon a recipe that’s hard to beat.

While it has yet to reach the dizzy heights forecast by many of its followers, the elementary (sic) operating system is fairly polished, if at times visually inconsistent, distribution based on the previous Long Term Support release of Ubuntu.

It is certainly one of the lightest, and possibly even the most responsive, of the entries on this list. Like others on this list Luna features a number of custom system apps, such as its own ‘Switchboard’ control panel, though you may often find it lacks a specific setting.

Apps designed for and adhering to the elementary interface guidelines remain few and far between, and of those that are available are most are usually in some state of development, undergoing continual UI churn, or remain to buggy to use.

A bit of a cheat, granted. Ubuntu GNOME 14.04 may be an official flavour of Ubuntu but is a bit of an overlooked gem. It’s the fastest, safest and most dependable way to get a clean, frill-free GNOME Shell experience on an Ubuntu base.

Netrunner 14 is based Kubuntu 14.04 LTS but it’s far from being just another KDE clone.

The current release, based on KDE 4.13.1, features a simplified application launcher, new theme, and comes pre-loaded with a raft of great apps and software installed by default, including Steam, VLC and the recently released Skype 4.3

Dreamscenes allow for some fancy-pants animated wallpapers, while the inclusion of the Veromix plasma applet means controlling audio settings is a breeze.

Deepin 2014 is yet to hit stable but it’s release candidate has already created a lot of buzz. The China-based distro is based on core of Ubuntu 14.04 but you’d be hard-pressed to notice that on first glance.

It features a unique, tailored desktop interface written in HTML5 and Go that is slick, polished and, in some places, very innovative. The upcoming release of Deepin 2014 introduces a new control panel for managing settings that is unique among Linux distributions.

Desktop experience aside, Deepin also comes with a number of exclusive apps made specifically for the OS. These include the fantastic Deepin Software Centre, music and video apps, and a promising new chat client.

The OS is currently available as a release candidate. Note: due to graphics requirements the OS may not function properly in a virtual machine. See our previous article for more information. 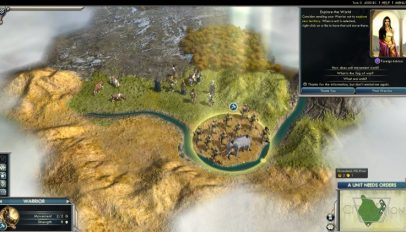