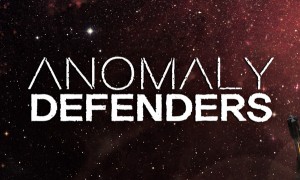 The latest, and apparently final, entry in 11 Bit Studios’ real time strategy series ‘Anomaly’ goes on sale today, and a Linux version is available from the get-go.

The tried and tested tower defence genre is one of the easiest to jump into. The formula is simple: you must fortify and defend your base with a set of ‘towers’ against an invading force.

But, to offer up a new perspective, the defenders just so happen to the bad guys from previous games…

“The original incarnation […] had players controlling humans fighting alien invaders. Now, the tables have turned. The human counterattack is underway and the alien homeworld is under threat. Defend the planet from the human scum in the final battle of the series.”

Anomaly Defenders is an impressive and fiendishly tactical game that, like the entries it follows, cements 11 Bit Studios as masters of the genre.