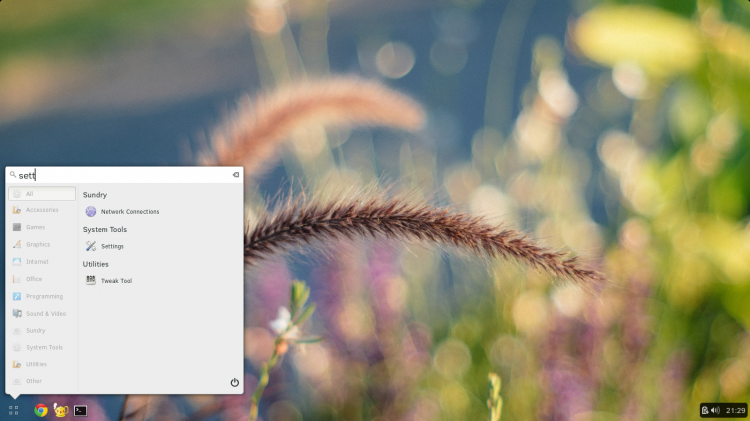 Like the look of the minimalist Chrome OS desktop? If so you may want to check out a fledgling Linux desktop environment that bears more than a passing resemblance to it.

The Budgie desktop, developed by Ikey Doherty, hit version 2 recently. In a field of ever-more complex shells, it’s refreshing to see something as pared back and nimble in design as this, even if it is Chrome-esque.

Doherty is okay with that comparison, happily citing that the look of Google’s desktop OS served as inspiration ‘for the initial direction of the desktop’, which is used as the default in Evolve OS.

Maintaining the ‘traditional desktop’ layout — bottom panel, menu and task switcher, with a system tray to the right — has been cause du jour for many a Linux project of late.

But Budgie goes about it in an awesome way.

Budgie is a Mutter-based desktop environment that happily sits on top of the GNOME stack. It’s not a “fork” of GNOME, like Cinnamon, or an entire stack of modified packages, custom apps and other odds and ends like Pantheon, but a drop-in alternative that’s able to work with GNOME 3.10 as it comes.

That’s a pretty natty approach. So many projects these days seek to reinvent the wheel, or stretch themselves to be some all-encompassing project only to end up running out of steam. Ikey’s work shows that alternative desktop experiences can be created upon what already exists. Carving up upstream projects into marginally divergent jetties is excessive.

Budgie simply repurposes what already exists and flies with it in a different direction.

The Desktop As Is

At present the DE is made of up three core parts.

The panel — the bit that sits along the bottom — has been written from scratch to provide all of the necessary functionality one expects, but in a teensy-tiny package with a nimble system footprint. The panel runs on GNOME as is; it’s not a fork, and isn’t a Shell extension but a separate app that leverages and integrates with existing GNOME technologies like GTK, Mutter, etc.

The panel offers a category-based menu with search field; a task switcher for managing running applications; and a simple status area with clock and battery indicator. Additional features are due to be added to this latter part in due course, with Network Management features almost ready.

The Window Manager is a light wrapper around GNOME’s libmutter using a modified version of the default Mutter plugin tweaked to provide animations, wallpaper support, etc., and to allow Budgie to run without needing the full-blown GNOME Shell desktop.

Budgie’s Session Script is the last core element. This contains all the necessary fu to launch the required desktop elements.

In The Unstable Stable

Now for the disappointing bit. As elegant as this project looks it is, code-wise, still early days. Work on adding/integrating additional features, such as a notification system and way to ‘pin’ apps to the panel, are on the roadmap. Basic network and polkit support are two items due in version 3, which is set to arrive alongside the first alpha of Evolve OS.

But as for this version, how to get it?

Fedora and OpenSUSE users can grab the latest release though OBS, while an unofficial repository caters to Arch users.

Sadly getting Budgie up and running on any version of Ubuntu is going to require manual compiling of the code. A unofficial PPA has been created on Launchpad but, as of writing, remains empty.

To complicate things further, the DE uses systemd to perform shutdown and reboot operations. Ubuntu utilises Upstart. Should you manage to get it up and running you will be limited in performing those actions.

The good news is that Budgie, as it exists right now, can run on GNOME 3.10 which is available from the Software Centre in Ubuntu 13.10 and later. But Ikey, not being an Ubuntu-based developer, isn’t able to package it up.

Undeterred, he is open to others pitching in to help bring it to Ubuntu, explaining to me in an e-mail earlier today:

“I don’t run Ubuntu myself, so, I’m kinda unable to do it by myself. If they can’t build it by source just now, they should forward build errors to me and I’ll patch around them in GitHub to ensure they do work.”

If you want to get involved jump on over to GitHub for more information. 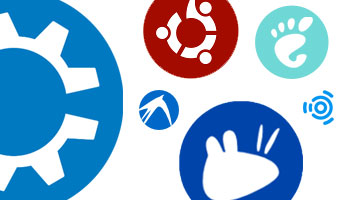