The team behind the cross-platform game 0 A.D. is asking for donations to drive continued development of the free and open source realtime strategy title.

0 A.D. development is driven primarily by Wildfire Games, whose previous work includes an Age of Empires II mod – and their experience with this style of realtime strategy shines through in 0 A.D.

The team is now asking for donations in an IndieGoGo campaign to fund another year of paid development by two of its contributors.

Development of the title began over a decade ago and remains at an “experimental” phase, but the gameplay elements that currently exist certainly bode well for the future of the game.

When we last reviewed 0 A.D. in January of last year, the title featured six civilisations and a limited set of maps. The core gameplay mechanics and capabilities haven’t changed dramatically since then, but four new civilisations have been added and a slew of additional maps for both scenarios and “random” matches are available.

The game in its current state works fairly well and is already an enjoyable experience, but a large number of features still have yet to be implemented.

A campaign mode is currently unavailable, so your single player games are limited to random maps or one-off scenarios with AI.

The team hope to include a “narrative” or “strategic” campaign like the Total War series if donations reach the $180,000 stretch goal.

Multiplayer is currently working as well, though with a few niggling issues. If the host disconnects in the middle of a five player clash, the game will disconnect all players and outright end. The developers do intend on adding host migration in the future to address this.

Perhaps the biggest omission thus far is the lack of a proper settings panel. Though an in-game settings menu lets you change a number of shadow options, disable music, and alter a slew of water effects, changing the game’s resolution or keybindings requires manually editing configuration files.

Despite some of the missing functionality and annoying issues you’d expect from projects still in the “alpha” stage, 0 A.D. is already a fun experience and shows a commendable attention to details in model and terrain design.

‘The team hope a funded development effort can address [certain issues] sooner rather than later.’

The 0 A.D. team are asking for donations through their IndieGoGo campaign to fund continued development of the title by hiring two full-time developers for a year. Additional content, new gameplay elements, better pathfinding, and overall game performance are amongst the issues the team hope a funded development effort can address sooner rather than later.

One of the developers, Jorma Rebane, has already been working as a full-time contractor for the past few weeks – a position paid by funds from previous smaller donation drives. Project lead Michael Hafer would also be paid for the year to work in design and management roles, recruiting new members to join the development effort as well.

0 A.D. donations are through Software in the Public Interest – a non-profit organisation that helps with donations to free software projects like Arch Linux and Debian. The campaign is also using a “Flexible Funding” model – meaning that regardless of whether the campaign reaches its $160,000 goal, the 0 A.D. team will still receive all funds raised up to the end of the campaign.

Whether you’re a fan of RTS games or a curious programmer looking for titles like 0 A.D. and OpenTTD to dip your toes into game development, 0 A.D.’s crowdfunding campaign is a great way to show your support for a free and open source project at this burgeoning moment in Linux gaming.

Donate to the 0 A.D. IndieGoGo Campaign 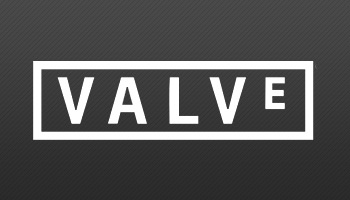