Next week sees the release of Ubuntu 13.04 – the latest iteration of the worlds most popular Linux distribution.

But what can you expect to find in it? Unlike the last few releases Ubuntu 13.04 features few dramatic changes, instead bringing some much need polish and performance-boosts.

Want to see these features in action? Check out our Ubuntu 13.04 video overview.

Window snapping, popularised by the ‘Aero Snap’ feature of Windows 7, is a handy way to quickly display two applications side-by-side without overlapping, or maximise a window without needing to click a button.

For 13.04 a bit of attention has been given to the animation shown on-screen to tell you that ‘you’re about to snap’. Developers have changed its appearance from that of a generic orange box spreading outwards to a semi-transparent copy of the window being ‘snapped’.

Unity Previews, introduced last year in Ubuntu 12.10, are a great way to see more information about a search result without needing to open it up fully.

For the latest release the preview reveal animation has been tweaked, and applications icons at the edges of the preview “ghosted” save for the one being previewed.

As with the window snapping above, this one is easier to see in action:

Logging out, shutting down, rebooting – all tasks that none of us expect to be particularly glamorous. But chances are you’ll find yourself doing it a bit more routinely in 13.04 for one reason: to see the new Unity-themed session dialogs that have been added.

One of my favourite features of the Ubuntu desktop is the centralised ‘Online Accounts‘ dashboard. From here I can add my email, social network, and photo sharing accounts so that other desktop applications can use them without me needing to enter my details in each and every one.

13.04 improves the utility by adding ‘per-app’ toggles for each network.

So, say you’re happy for Facebook to integrate with the new Unity Photos Lens, but don’t want Empathy, Ubuntu’s default IM app to log into Facebook Chat. Before you had to disable Facebook entirely. Now you can simply pick and chose what apps can use what accounts and where. Brilliant stuff.

Originally planned to arrive on the desktop last year is this – the new Ubuntu One Sync Menu. With a single click you can see whether you’re online; share a file; or check the status of recently uploaded files.

Ahh, the poor Workspace Launcher Item. It’s no longer shown on the Unity launcher by default so you now need to manually go and add it from System Settings > Appearance > Behaviour.

But when you do you’re in for a treat: the icon now displays which workspace you’re on.

Ubuntu’s Bluetooth panel menu has been jazzed up with new toggle for turning on/off Bluetooth and visibility. Handy stuff.

If you have social accounts set up in Online Accounts, or images imported into Shotwell, then you’ll see a new lens in the Unity Dash: a photo lens!

Similarly, now Gwibber has been removed from Ubuntu (don’t panic, it’s likely just for this release) Tweeters, Facebook-ers and LinkedIn-er’s can get their social news fix from the new Social Lens in the Dash.

To access it you will first need to enable a social network in Online Accounts (see #7 above).

Switching between open windows has never been easier in Ubuntu. Alongside traditional methods, like Alt+Tab, come two new ways to manage your workflow:

Okay, okay – I know this entry is a bit of a cop out as it’s not technically a feature. But Ubuntu’s Unity desktop has, since its introduction – both fairly and unfairly – received flak for being slow and resource hungry.

That is not the case in Ubuntu 13.04 thanks to an inspired decision last October to use a mobile device as reference for tuning the core of Ubuntu against. The result is a smooth, snappy, and slick experience.

And this core experience matters more to most. 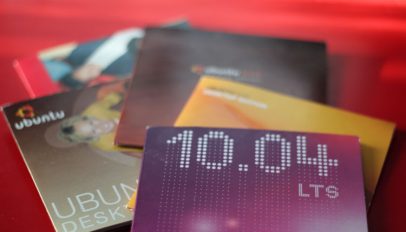