We all knew it wouldn’t take long for eager developers to get the Ubuntu Touch Developer Preview up and running on non-Nexus hardware. 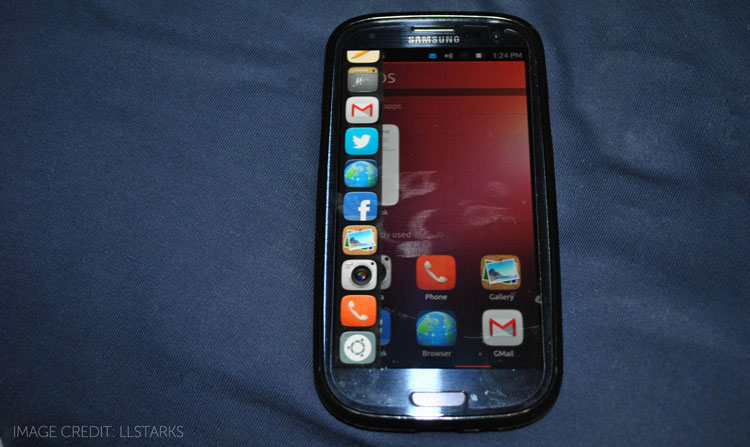 The work of Rootzwiki forum member ‘Thunderstorm‘, Ubuntu Touch for the SIII is built from the official source code with, he says, ‘minimal cherrypicks’.

But while Ubuntu Touch can be installed, booted and used on the device it’s apparently not an entirely fluid experience. Fellow forum member LLStarks installed the build on his Galaxy s3 but described it as ‘[feeling] buttery at times and a brick wall at others.’

Still, for one day post source code drop it’s awesome to see the Preview up running on “unsupported” hardware already..

Further details can be found in the Rootzwiki website thread.