We first reported on Olivier Dufour’s Last.fm audio fingerprinting extension for Banshee back in mid-September. Now less than a month later I am happy to report that the extension has been merged into the Banshee Community Extensions and is functional.

The quick overview of what this extension does is that it calculates a fingerprint for your songs and compares it to a database run by Last.fm and merges any corrections that might have into your Banshee database. In other words it automatically corrects up all your wrongly named songs with only the click of a button.

To demonstrate that it actually works I purposefully mangled the metadata on one of my songs: 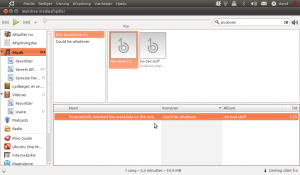 The select the song and click the Edit menu and select “Get Information From Track Fingerprint”.

Then we get this: 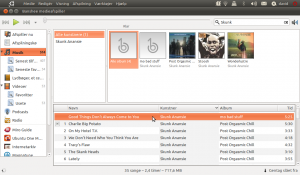 As is evident there is still a bit of work to be done but already this is a really great feature addition to an already awesome media experience.

To try this today on your machine:

First get the dependencies:

and since the current bce doesn’t have this extension we also need to get the new dependencies:

Then get the current extensions from git using this command:

Followed by our old friends:

P. P. Dog whistle to whom? The degenerates I’m referring to are…
Discord for Linux Goes Stable, Is Available to Download Now