Among the things that I love most in KDE is it's file manager - Dolphin. Dolphin is fast, looks great and is future-rich. Recently I've thought "How can Dolphin possibly get any better?" and today I stumbled upon a very neat and useful tweak for Dolphin that makes it almost perfect - service menus.

Chirp, chirp: The very capable KDE twitter application Choqok is available for download. Sporting a redesigned interface and a nest full of minor fixes, it's worth upgrading.

A new stable release of KDE web-browser Rekonq is available for download.

The first beta release from sketching and painting app Krita's 2.4 series has been made available for Download. 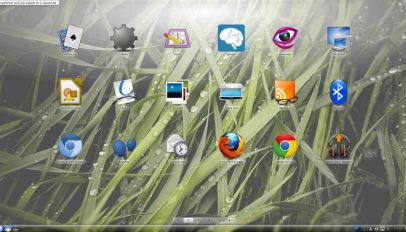 With so many great new features present, Kdenlive 0.8 usurps the mantle as the most featured yet user-friendly video editor available for Linux.

Sentinella might sound like name of a posh fragrance but the small app has been designed to keep your OS feeling fresh rather than yourself smelling such. It does this by monitoring your system resources for a pre-set 'condition', and then launching a specified action when this condition is met.

An update to Qt Twitter client 'Choqok' is now available for download. Now on version 1.1, the release contains a new translator plugin; a timeline filter to make reading tweets in your stream from a specific person or topic easier and a new option to hide the menu bar.

Tomahawk is a new QT media player with a difference: it wants to playback anything you ask for - even if you don't have it on your hard-drive.

Yes! Another music player! At least this one looks different, right?

'Veromix' provides KDE users with an Ubuntu-style sound menu plasmoid that can be used on the desktop or tucked up in the system tray.