Please note: this article was originally published in 2011. It was updated in 2020 to remove dead links. See how to install Spotify on Ubuntu for updated steps.

I reached out to the Spotify developers for word on when Linux users could expect to get the feature and was told ‘sooner rather than later’, so here’s the lowdown on what you can look forward to. 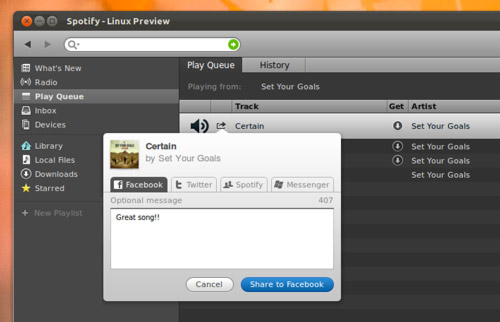 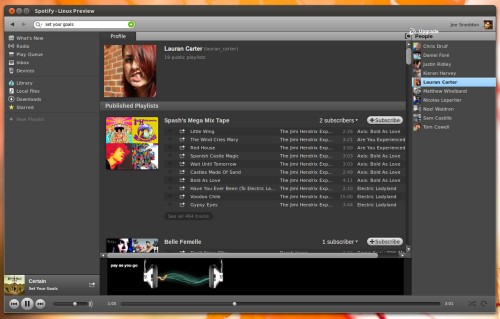 Spotify for Linux Preview is not officially supported and should be considered of beta-quality. I haven’t encountered too many bugs beyond a misplaced ‘Upgrade’ button and the occasional crash on start-up).