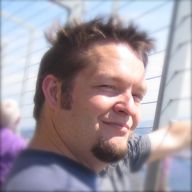 In this update we reached out to Ubuntu Developer and juju Extraordinaire Clint Byrum for an interview and to see what he is working on in the 12.10 Release Cycle. Benjamin Kerensa: What are you doing […] 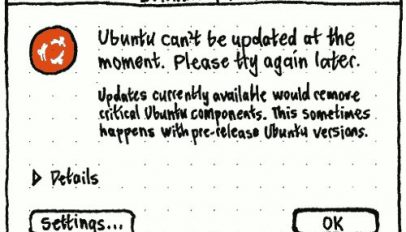 For Ubuntu 12.10 the 'Update Manager' tool has been retitled to 'Software Updater' - a subtle retitling that affirms the applications role and purpose on the desktop.

He's the founder of Ubuntu and its parent company Canonical, and is the creative force behind not on the Unity desktop but its expansion to new form factors. So he's a very busy man. But every six months Mark Shuttleworth sets aside 1 hour to answer questions from the community. 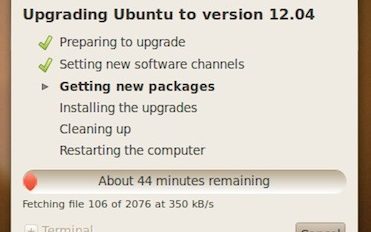 In the two-short years between Ubuntu 10.04 and 12.04 an entire groundswell has occurred on the Ubuntu desktop, and in the wider development landscape in general. So just well does a direct upgrade from Ubuntu 10.04 to Ubuntu 12.04 go?

After six months of development the latest version of Ubuntu has been released. Head on inside for the low-down on what's new - complete with pictures, video and download link. 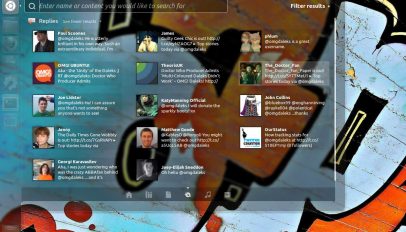 Our OMG! Ubuntu! themed typing game OMG! Words! has been updated with support for Ubuntu 11.10 and, ahead of its release this April, Ubuntu 12.04. Other than that there is nothing new: it still offers the same increasingly-frustrating game-play, cool soundtrack, and handful of annoying twists to make it a bit more challenging. Download instructions and more information tucked up inside. 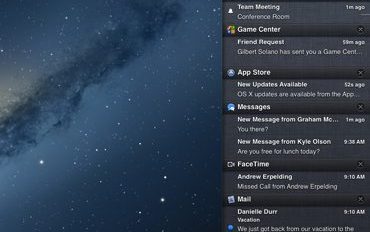 Apple today lifted the lid on the next iteration of their OS X operating system - OS X 10.8 Mountain Lion. Exciting news in itself for Mac fans, but the reveal introduces a number of new features to the OS X desktop that Ubuntu users have enjoyed for a little while...

Does Gwibber Need a New Icon?

The icon for Ubuntu's default social client Gwibber is nice enough but could it be better?

One feature you may be surprised (or relived) to find missing in Ubuntu 12.04 is the 'Dodge' effect of the Unity Launcher. A healthy pot of debate has been stirring on the Unity Design mailing list over the decision to remove it entirely and instead default the launcher to 'not hide'.

Ubuntu TV captured the attention and imaginations of the technology press after its reveal at CES 2012. And rightly so. The demo of Ubuntu TV shown off at the event proved that not only are […] 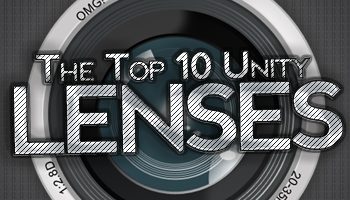 It's somewhat apt that Ubuntu's 'Lenses' feature has brought Unity into clearer focus for many of its initial critics. The search-orientated display windows - called 'Lenses' - make finding specific files, apps or information easy to do thanks to their tuned 'search backends' - called Scopes'. Inside we lost 10 of the best Lenses and Scopes available for Ubuntu 11.10.