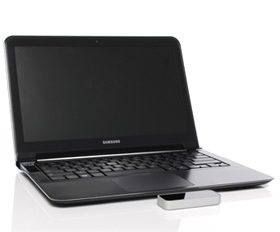 Can you recall Neil Armstrong's famous words as he set foot on the Moon? If not then look them up because chances are they will be referenced a lot later this year when the Minority Report-esque 'Leap' gesture-controlled interaction device goes on sale.

Microsoft's Kinect motion controller lit up the eyes of many Linux developers when it hit the shelves late last year - so much so that geeks everywhere were soon out hacking the hardware to run on Linux.

Hacking on Kinect gets a whole lot easier

PrimeSense, the company behind Kinect has released open-source drivers for the peripheral, and established an Natural Interaction devices, applications and middleware organisation named OpenNI.

Yet more news form the world of Kinect Hacking - this time a video demoing some awesome work on 'teaching Kinect to recognize objects.'

Dream of going all Minority Report in Mozilla Firefox? Then say hello to DepthJS – a web browser extension that ‘allows for any webpage to interact with Kinect via JavaScript.’ DepthJS is much more than […]

The '101 things you hack with a Kinect and Ubuntu' train rolls on - this time towards Coruscant. YouTuber yankeyan shows off real-time lightsaber (Yes, lightsaber) tracking and rendering using nothing more than Kinect and Ubuntu.

How does cross-platform multi-touch using Kinect sound? Like a dream? Well it isn’t. I’m not quite sure how this incredibly slick proof-of concept (i.e. hacky first version) video showing off multi-touch in Ubuntu using Microsoft’s recently […]

Since the launch of Microsoft’s Kinect gaming hardware there have been repeated open-source initiatives, hacks and projects aiming to utilise the hardware in an open-source environment. Matt Cutts – a Google employee, although this is […]

Hector Martin (aka marcan42 on YouTube) has created – and demoed – a free, open-source driver for Microsoft’s ‘Kinect’ camera dubbed ‘Libfreenect’.

DIY hardware company Adafruit has announced it will give a prize of $2000 to the first person who is able to write a open source and well documented driver for Microsoft's Kinect. 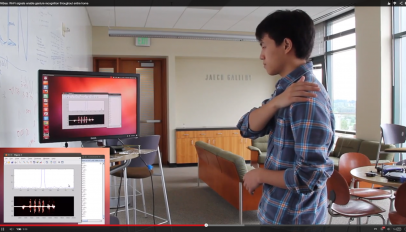 WiSee, a new technology able to read gestures using WiFi signals, is gracing the pages of tech sites the world over today. But that's not why we're interested...

Linus Torvalds has announced the release of Linux kernel 3.0 on his Google+ profile after a short delay earlier this week. So what's new? Well, not a lot really. The new release sees a few new patches and standard affair, as well as a bit of older cruft removed, but as Linus explains in his announcement to the Linux kernel mailing list in May, 3.0 won't feature a bunch of new stuff, rather it's simply a version bump to bring the kernel up to 3.0 after almost twenty years of existence. Make the jump for the full rundown.