Readers often ask me what the best Ubuntu apps are so, rather than reply individually, I figured I’d compile a list of essential Ubuntu software for everyone to read! 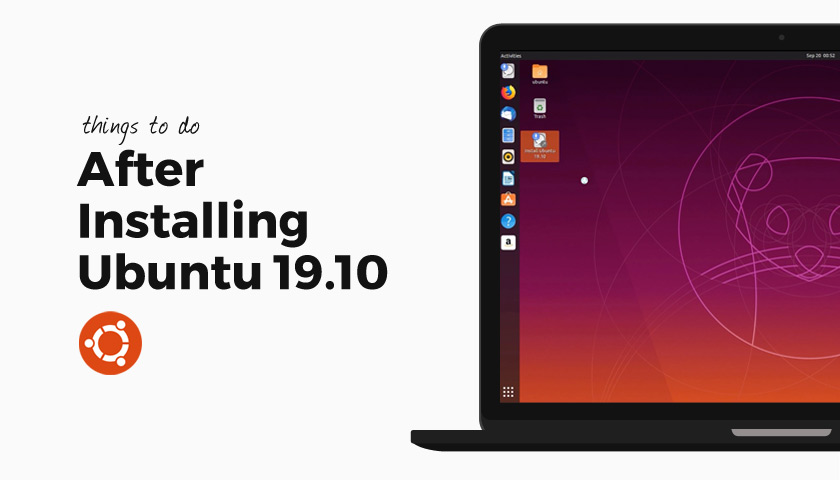 Essential Guide 10 Things to Do After Installing Ubuntu 19.10

This list of the best Ubuntu apps has something for everyone: from those new to Ubuntu, those who’ve recently switched from Windows, right through to long-time Linux gurus.

And share your best Linux apps in the comments section at the bottom.

Any list of essential Ubuntu apps could be twice the length and still barely scratch the surface. The Linux app ecosystem is full of variety and difference and (yes) fragmentation, but it’s choice that makes Linux distros like Ubuntu so popular.

Now, for the purposes of this list, we do not include software included in Ubuntu by default, e.g., Mozilla Firefox, LibreOffice, Thunderbird, Transmission. And, where possible, we favour software that you don’t need to add a PPA or fuss with Flatpak to install.

Geary is an open-source e-mail client for the Linux desktop.

It boasts a broad set of features, including a handy set-up wizard, and integrates neatly with the Ubuntu desktop.

If you’re more familiar with Gmail than, say, Outlook then you’ll probably find Geary is easier to use than Thunderbird, the default Ubuntu e-mail app.

The Mozilla Firefox web-browser already installed on your Ubuntu system and for most it does its job, and does it well.

But if you’re more of a Google user, or used Chrome on Windows, then you’ll be pleased to know that you can continue to use it on Ubuntu.

Along with built-in (and up-to-date) Flash player for Linux you can also sign in with your Google account you can sync your bookmarks, extensions and apps between Linux and other operating systems you use.

The good news is that it’s easy to install Chrome on Ubuntu 18.04 LTS and up.

The GIMP — whose name is acronym for the ‘GNU Image Manipulation Programme’ — is a free, open-source Photoshop alternative.

Although lacking some of Adobe’s fancier flourishes, The GIMP more than matches its pricey rival in features, and in some areas even betters it!

Whether you want to quickly tweak a selfie, fix a photographic flaw, or create a majestic multi-layered masterpiece to share online, The GIMP can handle it.

You don’t need me to tell you what VLC is as, like Firefox, LibreOffice and The GIMP, it’s arguably one of the most famous pieces of open source software on the planet!

A versatile desktop media player that can handle almost any media format you throw at it, play DVDs, and even transcode video from one format to another, and access DLNA shares.

The swiss-army knife of the Ubuntu Unity desktop, Unity Tweak Tool lets you fine-tune and tailor the desktop to suit your tastes. Whether you want to try a trendy new GTK theme, swap icon set, adjust the size behaviour of application menus, set up hot corners, reduce the size of the Unity Launcher… The list goes on!

From advanced configuration options to common ones: if something is adjustable chances are Unity Tweak Tool has a toggle for it!

This app is indispensable for me. See, my password is the length of a small novella, and any time I move away from my Ubuntu machine for more than a few minutes the Ubuntu lock screen (quite rightly) kicks in.

But sometimes it kicks in while I’m in the middle of reading a length BuzzFeed article, or watching a YouTube video. In these situations I don’t want the lock-screen to interrupt me so I use caffeine.

Need to trim a video clip before you upload it to YouTube? Want to work on a length video podcast with neat transitions and cool effects? Then you’ll want — seriously — to use Kdenlive.

Kdenlive is a non-linear video editor that really excels at being both easy to use and reliable to use (other Linux video editors can be crash prone).

Dropbox provides an official Linux client that integrates with the Ubuntu desktop superbly, letting you quickly selectively sync files to and from their service, back-up new files instantly, and more.

Don’t use Dropbox? You can use Google Drive on Ubuntu out of the box on Ubuntu 16.04 LTS and later.

Want to chat on WhatsApp, Facebook Messenger, Telegram or another well-known messaging service on Ubuntu, without using your browser? Try Franz.

Franz lets you connect to a huge array of services, and offers some basic desktop integration. 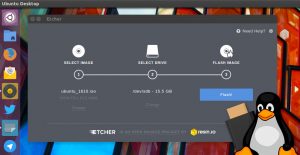 If you regularly try out new Linux distributions you’ll know the importance of having a reliable, easy-to-use image writer — and Etcher is just that.

It’s an entirely open source app and is developed by the folks at Resin.io. Its simple interface walks you through the process of writing an ISO or IMG file to USB or SD card. 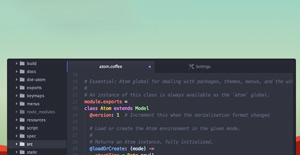 Althought not the only text editor of choice on Linux (there are many, many of ’em) Github’s Atom is by far one of the more popular.

An open source text editor, Atom enables to you customize almost every feature of it, either by hand, yourself, or by installing packages, plugins and themes created by other Atom users.

You can install the very latest release of Atom text editor as a Snap package:

If you plan to game at all on your Linux machine it’ll be well worth going through the huff and puff of installing Steam, the hugely/insanely/massively popular games distribution platform.

Over 3,000 Steam games are available for Linux, including big-name titles like Tomb Raider, Deus Ex: Mankind Divided, and Total War: WARHAMMER. There’s also a huge selection of indie gems, retro titles, and independent games worth mining around for.

See our how-to for a full Steam for Linux install guide.

Looking for a fancy way to learn what window manager, GTK theme, desktop environment, kernel and bash version  you’re running? You could click through a glut of menus to find out, or you could run one command: neofetch.

First things first: you’ll need to install the app before you can run it and to do that you’ll need to grab the latest release from the NeoFetch Github page. If you’d rather use a PPA, there is one. See our earlier post for full details on how to add it and help ensure you’re always running the very latest version of the tool.

Linux Twitter users looking to use something other than their browser for catching up on the ‘what’s happening’ have a number of desktop Twitter clients to choose from, but by far and away the best Linux Twitter app is Corebird.

A few innovative features are also tucked up under its wing, including the ability to quickly enter common phrases, auto-saving of tweets in the composer box, and (mercifully) the ability to mute specific accounts or words.

Although the open-source BleachBit typically gets our ‘system cruft cleaner’ recommendation the user-friendly (and less potentially destructive) nature of Ubuntu Cleaner just edges it out.

Ubuntu Cleaner is a fork of the ‘Cleaner’ section of the abandoned Ubuntu Tweak app. Using the app is a great way to help free up space on Ubuntu. It can remove unneeded packages, clean up stale application configs, and clea apt and web-browser caches.

I keep tabs on hundreds of apps, web sites, and other  development projects in two ways: e-mail (via mailing lists) and RSS feeds (via Feedly). If you use the latter (or even if you don’t) you may be interested in checking our FeedReader.

FeedReader is a GTK desktop RSS reader app for Linux desktops. It’s not fully polished around the edges, and has more than a couple of quirks, but it’s the next-best thing to using Feedly in a browser tab.

FeedReader is available to install on Ubuntu 16.04 LTS (only) from its dedicated stable PPA.

Keeping an eye on the conditions outside is part and parcel of our daily routine. But when you want to know a little bit more about what the weather is going to do over the next few days you can’t just “look outside” and guess.

That’s where applications like Weather Indicator come in to play. Discreet, panel-based applets that reliable inform you of the current conditions and, with a click, tell you more about what’s in store.

A variety of different weather indicators exist, many of which we’ve covered on this site.

For taking desktop, app or web screenshots and annoying them with text, arrows and icons, you’ll want to use Shutter. Nothing else comes close to it in terms of feature set and performance. Shutter does more than just take screenshots, and is able to auto-upload snaps taken to a remote web services, including Imgur.

Unity Folders is an aptly named app that lets you create clickable folders on the Unity launcher.

Ideal if you want to organise your most used apps based on type (‘games’, ‘office’, ‘social‘, etc) without opening the Unity Dash.  You can customise folder icons (or auto-generate one based on the applications inside), while existing folders can be edited, rearranged, rename and re-other stuff, too.

When I started this list I was convinced that I wasn’t going to list any music player alternative to Rhythmbox simply because few players offer anything massively different to its or its feature set.

And yet, the board feature set of Clementine makes it one of the best music players for Ubuntu and other Linux distros.

Ubuntu doesn’t ship with a decent notes app anymore (it used to include Tomboy, but that app and the word decent don’t belong together) but it’s hard to get organised without one.

The real selling point of Go For It! over, say, Simplenote for Linux, is its simplicity. GFI is not trying to help you structure your dissertation, simply help you remind yourself that you need to start on it!

A built-in alarm feature and support for loading a custom todo.txt so you can sync your to-do list between apps and devices, make GFI an app well worth looking into.

How to Install Go For It Task App on Ubuntu

Other Essential Apps You Should Check Out

Like I said at the start: this list could easily be 101 Must-Have Linux apps. You’ll notice I tried to (mostly) avoid CLI based tools in this list (they’d make a great article on their own right) but a few I can’t resist shouting out include ncdu; rainbowstream; and sudocabulary.

Peek is a great animated GIF screen recorder. GNOME-Twitch is a great desktop Twitch.tv app for Linux; Wundertux is an electron-based Wunderlist app for Linux; and Rambox, similar to Franz in the list above, is an open-source all-in-one messaging app.

Very Original Username 2.0 eh, no thanks. I find blur to be too distracting…
Ubuntu Kylin’s UKUI Desktop Switches to Qt, Looks Phenomenal

Carl Draper That distro is Deepin. It's a Chinese distro based on Ubuntu.
Ubuntu Kylin’s UKUI Desktop Switches to Qt, Looks Phenomenal