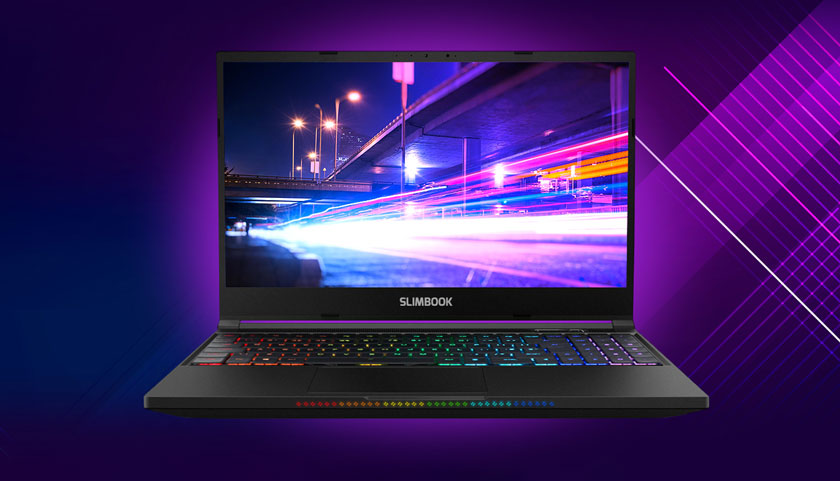 The valiantly-titled Slimbook Titan boasts an impressive specs sheet for a laptop, not least because it has Nvidia RTX 3070 graphics — yes, the 3000 series is now available for laptops — as its crowning glory.

Colossal performance doesn’t come cheap: Slimbook Titan will cost €1750 and up, though a special discount price is available to pre-orders.

but ardent Linux gamers and those with GPU-intensive workloads are likely to see the Titan as a machine worth every single penny.

The Titan boasts an AMD Ryzen 7 5800H CPU (an octa-core chip with a boost speed of up to 4.4 GHz), plus the aforementioned Nvidia RTX 3070 8GB graphics (which Nvidia says is faster than a PS5).

Also housed in the back aluminium chassis is an optical mechanical RGB backlit keyboard; three regular USB ports; one USB Type C (with display port); and a 2.5 Gbps ethernet port. THX speakers, and a a 3.5mm audio jack.

An infrared face detection camera (which does work in Linux) and a front RGB light bar also feature. No word on battery life yet (though the model packs a 93 WH 6 cell battery) and it weighs in a fairly heft 2.2 Kg.

Pretty impressive, right? Slimbook say they’ll be posting Titan benchmarks on their social media pages over the next few days, so if you’re excited to see what it can do you can give them a follow on the usual sites/services.

In summary, the Slimbook Titan is a goliath gaming devices. Forget the fact it’s a laptop for a moment; it puts many dedicated desktop gaming rigs to shame! Though the performance comes at a premium it’s an entry cost many will be happy to pay.

The Slimbook Titan is available to pre-order and configure from today, January 14, but units won’t ship until May.