The much anticipated Linux Kernel 5.2 release is now available to download, and it’s a bit of a whopper!

Arriving pretty much bang on schedule, the Linux kernel 5.2 release was announced to the world with little of Linus Torvalds’ usual fanfare.

Instead, the Linux founder opted for a quiet introduction when announcing the update on the Linux Kernel Mailing List.

He writes: “…despite a fairly late core revert, I don’t see any real reason for another week of rc, and so we have a v5.2 with the normal release timing”.

Each and every update to the Linux kernel, be it big or small, brings a stack of welcome improvements, drivers, hardware support, graphics compatibility and more. Linux Kernel 5.2, dubbed the “Bobtail Squid” (blame Linus’ scuba diving hobby the moniker), is no exception.

And with around 596,000 new lines of code committed, there’s plenty to enjoy…

As always on this site, I prefer to highlight the interesting “end user” enhancements and benefits that each kernel brings. Sites such as LWN.net provide excellent coverage of commit minutiae and technical nitty-gritty.

First, Logitech has helped to improve the drivers for its various wireless receivers such as the Logitech Bluetooth dongle used with the MX5500 keyboard, the Logitech S510 remote, and the multi-purpose Logitech Unifying receiver.

Additionally, if you have any Logitech 2.4GHz peripherals (mice, keyboard, etc) laying around you’ll be pleased to hear that they can now relay battery status (where applicable) for use in desktop GUIs, etc.

Another notable inclusion sure to benefit Linux users is the new Realtek Wi-Fi driver (RTW88). This 802.11ac wireless driver supports RTL8822BE and RTL8822CE chipsets in this release, with support for USB and SDIO models planned for the near future.

USB Type-C picks adds support for DisplayPort alternate mode and firmware flashing. The latter being handy if you like to use LVFS to update firmware.

A crop of single-board computers are now supported in the mainline kernel. Among the boards supported are the Allwiner-based Orange Pi 3, the Rockchip-based Orange Pi RK3399, a slate of NXP-based boards, and the $99 Nvidia Jetson Nano we wrote about earlier this year.

Also of note (particularly to SBC enthusiasts) are mainline drivers for ARM Mali GPUs, including Lima (for older hardware) and Panrost (for newer chips).

Finally, this kernel release is the first to feature work by the Sound Open Firmware (SOF) project. Spearheaded by Intel and Google, the SOF aims to provide a platform for the creation of open-source firmware for audio DSPs.

That’s no all, of course. Here’s an overview of some other changes that feature in Linux Kernel 5.2:

Keen to learn more? You can pour/pore/s over the complete commit logs or check out the Kernel Newbies link in the footer.

The TL;DR is that the Linux 5.2 kernel is here and it’s “moar betterer” than before. It’s like the Linux kernel you’re using now, just more capable.

But don’t be in a rush to upgrade your system to Linux 5.2. Wait for the first point release (or your distro to package it up and make it available to you).

Desktop utilities like Ukuu make it relatively easy to install the latest mainline Linux kernel on Ubuntu versions that still received support. But don’t mistake being easy for being stable; installing kernels from outside the regular repo is not encouraged.

Linux 5.3 is likely to see release before the kernel freeze of Ubuntu 19.10. 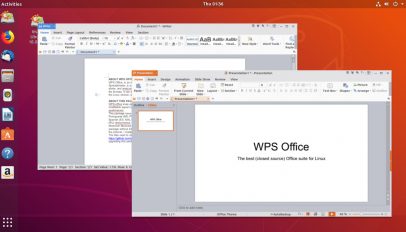