But what an update it is.

Sporting several major upgrades, the Raspberry Pi 4 specs make it the fastest and most versatile version of the single board computer released to date. Better still, the price continues to start at same low $35/£35 entry point offered in earlier models. 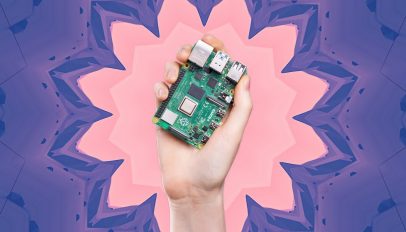 The latest iteration of the indomitable itty-bitty single board computer gets a major performance boost.

The new processor, when paired with 4GB RAM, is able to deliver something closer to desktop-class performance (albeit entry-level desktop, not high-end rigs). CPU-heavy tasks like game emulation will also see some notable improvements on the new chip versus the older, slower ones in earlier models.

Update: an 8GB model is now available too.

Sporting two micro-HDMI ports means can drive two displays up to 4K in resolution from a single Raspberry Pi 4 device, the handling of which comes courtesy of an improved VideoCore VI GPU.

Now that’s the kind of upgrade that gets me excited!

As well as supporting 4K display output the GPU can also handle H.265 4Kp60 hardware decoding. This bump in particular will allow media centre makers to craft a killer content hub using the board.

The Raspberry Pi 4 is able to make use of the Mesa “V3D” driver to deliver OpenGL-accelerated web browsing and desktop compositing.

Networking scores some valuable upgrades too. The Raspberry Pi 4 Model B boasts dedicated Gigabit ethernet (no more USB pass-through) and wireless networking that, it’s claimed, offers 2x the speed and 4x the range of the previous model, the Raspberry Pi 3B+.

Connectivity and expansion is, as you’d expect for a maker board, well catered to thanks to a veritable surfeit of USB 2 and 3 ports and an on-board a MicroSD card slot (required for running an OS).

The Raspberry Pi 4 is said to be fully compatibility with all previous Raspberry Pi models too, so if you’ve quite a collection of bits and pieces, the new model will fit right in.

So, to recap, the Raspberry Pi 4 offers:

Want to grab yourself a slice? Let this video whet your appetite:

The Raspberry Pi 4 is available to pre-order today, June 24, with shipping expected to begin in early July.

You can buy the Raspberry Pi 4 at many of leading ‘maker stores’, including Pimoroni, The PiHut, PiShop and CanaKit.

Keep in mind that pricing may vary between stores (and currencies), so do shop around to make sure you’re getting the best deal.

Also, don’t forget that all versions of the Raspberry Pi are sold without an OS, a power cable, or a case, so you may want to look into purchasing the official ‘desktop kit’ if you’re new to single-board computers.

Will you be grabbing a slice of the latest Pi? Let me know!

shyisc From the screenshots it seems super ugly. I would recommend…
GNOME Devs Working on Major Improvements to the Applications Grid