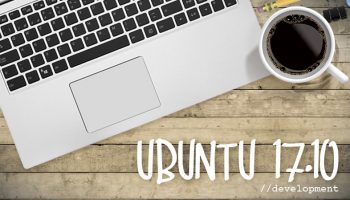 We’re starting to get a really good idea of what to expect in Ubuntu 17.10 — and it’s fair to say that the keyword thus far is “change”.

There’s a new default desktop in GNOME Shell, which replaces Unity 7, which in turn brings with a raft of changes, like a new notification system, a new online accounts hub, a new control centre, and so on.

We now know which theme Ubuntu 17.10 will use, and we we’ll shortly learn about which apps will come pre-installed. Plus, there are the results of the recent survey that we conducted on behalf of the Ubuntu Desktop to learn, which we’re told will be revealed shortly.

And today we learn that at least one app familiar to all Unity users WILL be sticking around in Ubuntu 17.10 — and I just know that you’ll be thrilled to hear¹ which…

The Amazon Web App in Ubuntu

The Ubuntu Amazon webapp — that lone holdover of Ubuntu’s former aspirations of integrated web app gloriousness — is staying put in 17.10.

First introduced in 12.04 LTS, Ubuntu’s Amazon web app is a small, pre-installed web bookmark that links to the Amazon website. In a fresh install it is pinned to the Unity launcher by default.

Does Anyone Actually Use It?

Quite honestly, I can’t imagine many people use it. I never quite saw the point of using the Ubuntu Touch browser to frame the app. It would’ve made more sense opening a new tab in my default browser.

Which, mercifully, is what the new version coming to Ubuntu 17.10 will do; Amazon will open in a new tab in your default web browser, and not in separate app altogether!

But better than that it’ll finally load a version of Amazon that matches your location! The first time you launch the Amazon web app on the GNOME desktop you’ll get a location detection prompt. If you deny this (as is your wont) the web app defaults to loading Amazon US.

A commit to the ubuntu-settings package for Ubuntu 17.10 reveals that the new web app is being carried under the package name ‘ubuntu-web-launcher’. This package adds the Amazon shortcut to GNOME Shell’s favourites bar by default.

If you’re super curious to try it ahead of 17.10 you can download the ubuntu-web-launchers package Launchpad and install it on 17.04.

I have to ask: does anyone actually use this shortcut/web link?

²Y’know the one; that pre-installed browser that you don’t use. 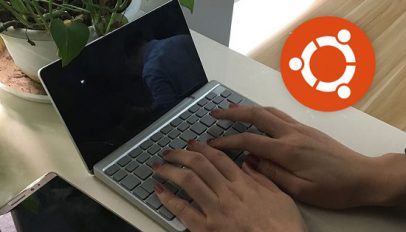