Yes, the company best known for selling Linux laptops that come pre-loaded with Ubuntu now rolling their own path with a homespun based on Ubuntu 17.04 and using the GNOME desktop environment. 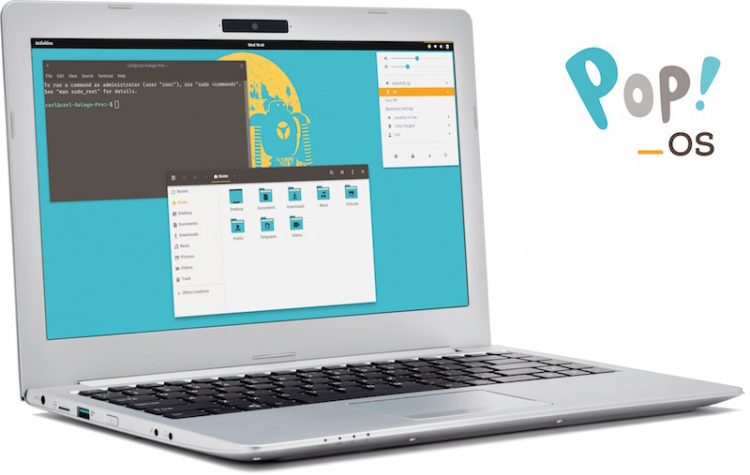 System76 say their ‘operating system’ — they don’t call it a distribution — will be built and tailored to meet the needs to “professionals and makers that use their computers to create.”

The aim of Pop!_OS (that’s how it’s styled, don’t expect me to keep it up) is to make the Linux desktop “as productive as possible for the engineering, devops, and computer science fields where Linux excels”, Carl Richell, CEO of System76 says.

Big talk! So you might think that a bunch of new features, apps and tools aimed squarely at catering to that user base are included by default, right?

Honestly at first blush Pop OS Alpha is basically a very vanilla Ubuntu GNOME install. The only major differences between Pop OS and Ubuntu with GNOME is in the theming and branding. Pop OS uses the Pop GTK theme and icon set (which, fittingly, are both forks of popular upstream projects) and has custom wallpapers, fonts, and so on.

“Pop!_OS is designed for people who use their computer to create; whether it’s artificial intelligence, sophisticated 3D models, computer science in academia, or makers working on their latest invention. The Pop user interface stays out of the way while offering extensive customization to perfect your work flow”, they enthuse in their announcement.

It remains to be seen if the makers and creators the company is chasing will respond to the bespoke branding of the distro. 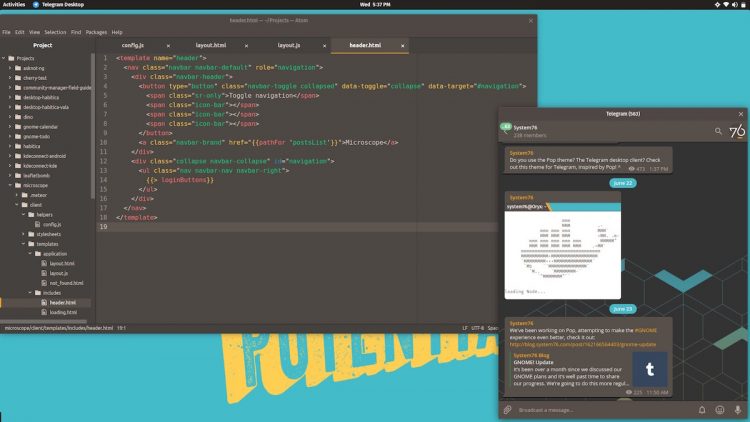 In the fairness of disclosure I will let you know that I asked System76 a number of questions before this article was published, ideally to help get better background about the project and its aims.

I wanted to know which version of Ubuntu will Pop_OS stable be based on (the current alpha is based on Ubuntu 17.04, which is a short-term release); how they feel the project fits in the Linux landscape; who they see using it (i.e. System76 customers or Linux users in general) and whether they plan to ship POP!_OS by default on their laptops and if they still plan to offer Ubuntu as an option when purchasing if so.

Update: they’ve now given me a couple of answers.

Firstly, Pop OS will track the Ubuntu releases, meaning the stable release of their distro in October will be based on Ubuntu 17.10.

System76 will ship Pop!_OS by default from October 19th on all of their laptops and desktops. For those who want it, Ubuntu LTS will still be available.

You know me: I’m always game for more options in open-source, even when things are already crowded, like music players. But in an era of unique, built-from-scratch distros like Solus, and Ubuntu-based distros with really solid positioning, like Linux Mint, Ubuntu MATE, and Deepin, I can’t help but think Pop OS, by comparison, lacks fizz right now.

But is the Linux community crying out for another re-skinned Ubuntu? That’s for you to decide.

If al this talk of Pop OS has made you thirsty, you can download an alpha build of the project based on Ubuntu 17.04 from System76.com/pop.