Many of us are wondering what to expect from Ubuntu 17.10 when it’s released later this year.

Mark Shuttleworth’s announcement that Ubuntu is dropping Unity and returning to GNOME was short, sharp and shocking. It left us all asking questions about the future of Ubuntu desktop as a whole.

Since then things have settled. With development on Ubuntu 17.10 now well underway, many of the ‘what ifs’ are being answered.

But unstitching six years of work on Unity to switch to GNOME in just six months time isn’t a straightforward or simple task.

What exactly will this transition involve? And what will Ubuntu look like at the end of it?

We were curious, so we stole some time with Canonical’s Ken VanDine to get some insider info on many of the what ifs and maybes.

Ken VanDine has worked at Canonical for 8 years as a Software Engineer. He spent the past 3 years working on various parts of the Unity 8 stack, but is now part the Ubuntu desktop team tasked with implementing a successful switch to GNOME. 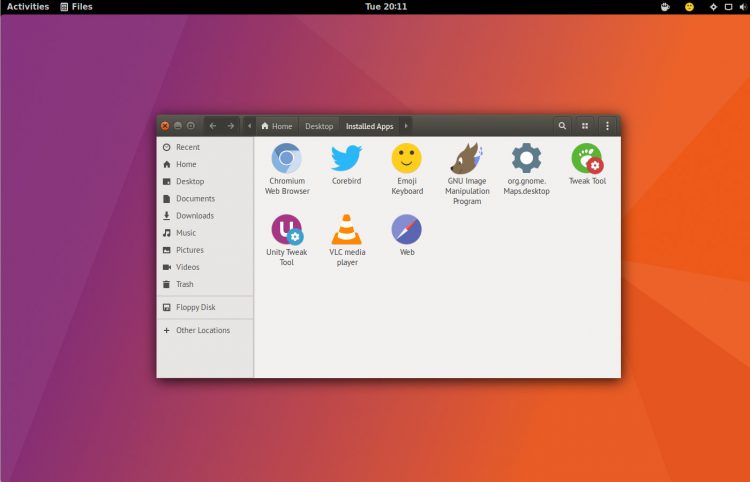 Mark Shuttleworth has spoken about shipping ‘upstream GNOME as GNOME intend it to be ’ — but stock GNOME is a drastically different desktop experience to that of Unity.

So my first question to Ken was one we’ve all been wondering: does Ubuntu plan to customize GNOME in Ubuntu 17.10? It could pre-install some popular extension, or modify GNOME’s default settings.

Nothing quite so drastic is planned. Ken says the team “may consider a few tweaks here and there to ease our users into the new experience. With the help of OMG! Ubuntu!, we’re doing a poll to get feedback on that now.”

But these tweaks will not include any Unity feature replacements ‘at the moment’. Fans of the HUD or global menus will, alas, need to find alternatives themselves.

Will there be a new look for Ubuntu with GNOME?

Although Unity used GNOME components it’s not thought of as a traditional GNOME desktop. Indeed, some features in GNOME apps were hacked in using patches, which lead to a cocktail of GNOME components shipping in some versions of Ubuntu.

I asked Ken if Ubuntu plans to keep using patched versions of GNOME apps to enable specific features (like type ahead in Nautilus) or opt for vanilla upstream versions.

‘[The] plan is to ship with the GNOME Wayland session as the default for 17.10 ‘

“We’re currently dropping patches that bring in depend[encie]s for things that may be getting demoted back to universe,” he said. “Like Ubuntu Online Accounts, lib unity  etc. As we move forward we plan to remove as many patches as possible and work directly with upstream wherever necessary to prevent future patching.”

Will Ubuntu ship additional GNOME apps as part of the desktop image?

GNOME apps like Weather, Maps and Polari are included out-of-the-box in other GNOME-based distributions. Sadly Ken said planning for the default apps is yet to be decided, but says there is a meeting about default apps soon! 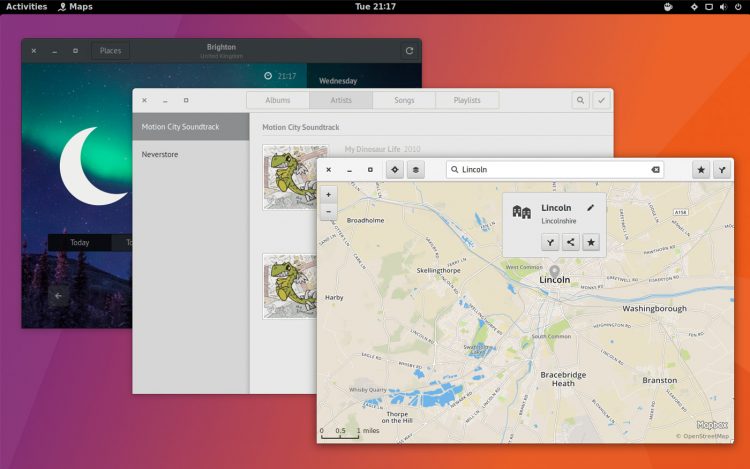 Which version of GNOME will Ubuntu 17.10 use?

“This hasn’t been decided yet, but I’m hoping we’ll be able to ship the latest stable in each release. So I’d like 17.10 to ship 3.26, but we haven’t made that decision yet.”

As we reported in April, Ubuntu is switching to Wayland. Ken reaffirmed this in our chat, saying that the “current plan is to ship with the GNOME Wayland session as the default for 17.10 with hopes to work out any issues in plenty of time before 18.04. But we’ll make the final call closer to 17.10 release.”

The Task At Hand

How big a task is swapping Unity for GNOME?

‘We have someone looking into profiling for performance [and[ HiDPI support’

“Thanks to the Ubuntu GNOME team, the packages are already in good shape and the bulk of the work is actually in getting security and MIR [not the display server, folks] reviews done to promote the packages to main. Once those are approved, we’ll update the Ubuntu Desktop seed switching from Unity to GNOME.  This will bring in GNOME in the following Artful update and daily images.”

“Logistically we’re still working on our support plan to handle mozjs and gjs security updates, especially when it comes to the LTS releases.”

Are there any compatibility or performance issues you’re aware of that will need to be worked on this cycle?

What are the current plans for users who upgrade to Ubuntu 17.10 from a Unity-based release?

”Users will see the GNOME session as an available option at login. The Unity session will still be installed after upgrade.”

Finally, we had to ask Ken how can readers, users and enthusiasts can get involved to help make the transition to GNOME a smooth one?

“Testing and bug reporting is a great way to help.  I’d love to see another [100] paper cuts initiative, I think that worked out pretty well when we did it in the past.  Now we would just coordinate that work with upstream.  We would guide developers to submit the patches directly upstream rather than distro patch.”

Don’t forget that the Ubuntu desktop team want YOUR feedback. You can share your thoughts with them by taking the short n’ sweet Ubuntu 17.10 GNOME desktop experience survey: