The Ubuntu Desktop team is tasked with transitioning Ubuntu desktop over from Unity to GNOME — and they need your feedback to help them do it.

Below you’ll find a short survey. The survey lists a number of nifty GNOME Extensions. All you have to do is rate them based on how useful you think they are, using a scale of 1 to 5.

The results of this survey will help inform and shape the Ubuntu desktop team’s approach to GNOME in Ubuntu 17.10.

The extensions you’re being asked to rate are:

At the end you’ll also find a question asking you on which side window controls should be sit — just vote like it’s 2010 again!

We know that a whole bunch of you have tried GNOME Shell as a direct result of the Unity bombshell news. And since many of the extensions in the list above are a) popular and b) feature in ‘make GNOME Shell look like Unity‘ guides splattered across the blogosphere of late, you may already be familiar with — or even a fan of — a couple!

All of the extensions listed can be used with GNOME on Ubuntu 16.04 LTS+. Feel free to get take some hands-on time with each of them before completing the survey.

Don’t have GNOME Shell? You can install GNOME Shell from Ubuntu Software:

One final request before toy dive in: please share this survey with as many Ubuntu users as possible. The more feedback the desktop team get, the better the out-of-the-box experience will be for all Ubuntu users.

If you’re reading from our Android app, through an RSS reader, a mobile browser, or via a scraper site you can click this button to open the survey in a new browser tab: 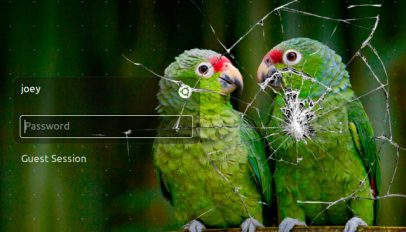