Ubuntu plans to ship Wayland in place of X.Org Server by default.

Word of the display server¹ switch won’t surprise many.

Mir, Canonical’s home-spun alternative to Wayland, had been billed as the future of Ubuntu’s convergence play.

But both Unity 8 the convergence dream was recently put out to pasture, meaning this decision was widely expected.

It’s highly likely that the traditional X.Org Server will, as on Fedora, be included on the disc and accessible from whichever login screen Ubuntu devs opt to use in ubuntu 17.10 onwards.

This session will be useful for users whose system experience issues running on Wayland, or who need features and driver support that is only present in the legacy X.Org server session.

Ubuntu desktop team manager Will Cooke made reference to the decision in a meeting to discuss plans for the post-Unity Ubuntu desktop. I wasn’t sure if the quip was serious, so reached out to Will to ask him to confirm:

For reals. Has to be really.

Wayland is a simpler, modern Xorg-sever replacement that is, to quote its official website, “easier to develop and maintain”.

GNOME already works well on Wayland (if you use Ubuntu GNOME you even an optional Wayland session already installed) and future versions of the desktop environment will refine and finesse this support further.

Fedora was the first major Linux distribution to ship Wayland as the default user session. And while  that transition from legacy X to a modern successor hasn’t been without its hiccups, the technology, its feature set and its performance is improving fast.

Other details on the future makeup of Ubuntu following its (unexpected) decision to drop its home-grown Unity desktop in favour of upstream GNOME are still in the early stages of planning.

Not that any of this is actually news of course. After all, Mark Shuttleworth did announce Ubuntu was to embrace Wayland back in 2010.

¹I appreciate Wayland isn’t technically a display server, but for the sake of not boring everyone with technical semantics, I’m using this term loosely to mean ‘the bit wot helps put things on your screen’..

Home » News » Ubuntu Plans To Switch to Wayland By Default 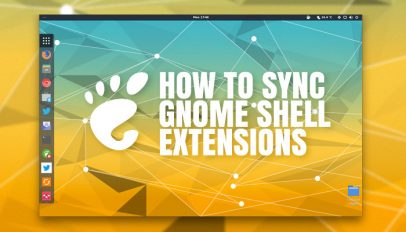