With the upcoming release of Ubuntu 17.04 ‘Zesty Zapus’ bringing us squarely to the end of the alphabet, many in the Ubuntu community have wondered what will come next.

Will the Ubuntu codename go back to the start of the alphabet?

Will it drop the adjective/animal naming scheme altogether?

Will it be named after places, plants, or planets?

‘Will Ubuntu cover letters it missed first time around, or start over from scratch?’

Since Ubuntu 6.06 LTS Dapper Drake, each release of Ubuntu follows the same naming convention: alphabetically and alliteratively, using an adjective and animal combo.

Well, we now have our first hint that the Ubuntu 17.10 name convention will loop back and pick up from the letter ‘a’ — and that it will be alliterative.

Canonical’s Steve Langasek has registered the ‘aa-series’ name on Launchpad to track “the Ubuntu release that will be delivered in October 2017, designated 17.10”.

Don’t be put off by the ‘aa-series’ name, either. Prior to Ubuntu 17.04 ‘Zesty Zapus’ being name its development was tracked on Launchpad under the ‘zz-series’, Ubuntu 16.10 under ‘yy-series’, and so on.

Tradition, if nothing else, strongly suggests that Ubuntu 17.10 will be name in an alliterative couplet beginning with the letter ‘A’.

The Ubuntu naming scheme was sort of there from the get-to, but the first three Ubuntu releases were not sequentially named:

The convention took hold with Ubuntu 6.06 LTS (which, trivia fans, was the only version of Ubuntu to be released late):

The question now — assuming that this ‘AA’ labelling isn’t a red herring — is whether Ubuntu will fill in letters it missed first time around (A and C), or start over from scratch, possibly swapping out animals for something else.

Ubuntu 17.10 Antic Adder has a nice ring to it, but it could just as easily be Azotic Amber, Aspirational Antarctica, or Auspicious Ariel. 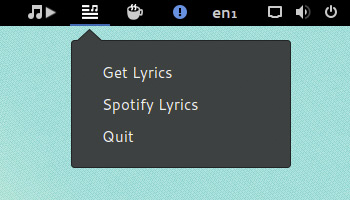