Some good news for GNOME enthusiasts: Ubuntu 17.04 will ship with the majority of GNOME 3.24 available in the archives.

As GNOME 3.24 is due for release in March this will mark the first time in a long time that an Ubuntu release ships with the latest stable GNOME release.

Ubuntu 17.04 will, of course, still use the Unity desktop, but it will sit atop this newer GNOME stack.

The upcoming beta of Ubuntu GNOME 17.04 — regular Ubuntu only takes part in the second beta — will feature GNOME 3.24 Beta 1 (v3.23.90) and defaults to the latest GNOME Shell desktop.

‘For first time in a long time, Ubuntu will ship with the latest GNOME release’

We can thank the recent introduction of a GTK long term stable release cadence for why Ubuntu is once again able to ship the latest release.

The long term stable series offers a solid, reliable foundation, which it much easier for Ubuntu developers to get the latest GNOME in to Ubuntu non-LTS releases using the API-stable GTK3 3.22, as is the case here.

Now, a few things to clarify here: not all GNOME 3.24 apps will be available.

The latest version of many core GNOME apps will be available, including GNOME Calendar (barring a pending update), Totem (aka Videos) and GNOME Disks. Others are on earlier versions because there is either no recent update available (e.g., GNOME Weather), or Ubuntu opts to include an older (patched) version (e.g., Nautilus).

GNOME 3.24 is a more modest release than previous versions but it still has a few new features worth mentioning, especially for users of Ubuntu GNOME (or those who install GNOME Shell).

Like the new Night Light feature in GNOME Shell.

This automatically adjust the color temperature and brightness of your display depending on the time of day to help reduce eye strain and promote natural sleep cycles. When active, GNOME Night Light reduces the amount of blue light the display emits. Colors become warmer and the overall brightness is reduced.

A small set of configuration options (including a toggle to disable it) is available in Settings > Display.

Other changes in GNOME 3.24 include a rejigged User panel in Settings; the Calendar app gains a Week view; and GNOME Maps is able to handle transit routing.

We’ll have more on what’s new in GNOME 3.24 in the coming weeks. 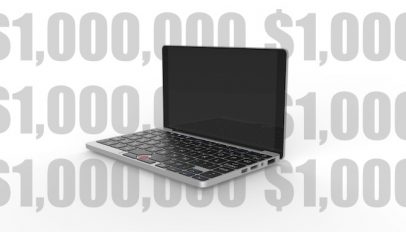