After panicking Linux users last week by issuing an edict that it was about to drop support, it seems the old Skype for Linux client is safe — at least for now.

‘…functions may stop working correctly on these older builds’

A Skype representative speaking on the community forum apologised for a recent email that wanted users to ‘upgrade’ to the latest version of the app to continue using the service. The rep says the notice was sent to Linux users in error, and/or as the result of them logging in to an older Skype for Windows or Mac client.

Clarifying the company’s immediate plans, the Skype rep goes on to say that “at this time we are not retiring any of the existing working Linux Clients.”

But fans of the old Qt-based VoIP app shouldn’t get too complacent.

“As we move forward some functions may stop working correctly on these older builds”, the rep adds, saying that the company “may have to retire those builds“ in the near future.

In all it’s good news, I guess. Skype users on Linux can continue using a functional client as opposed to the limp web-based alpha alternative Skype intended to replace it.

But what narks me is how slow Skype were to respond to this.

A lot of Linux users rely on Skype to stay in touch with loved ones, do their job, or catch up with people. These users — Skype’s users — have been needlessly worried not only by the e-mail and the vague blog post that followed it, but by Skype’s inert response.

Would it really have been too much trouble for the company to provide a little clarification sooner?

Never mind that the company never replied to our request for information prior to publishing or our initial article on the e-mail, but the fact it has only just replied to the threads on their own community support forum takes the proverbial digestive.

Skype’s sloth-like reaction to quell the confusion they created is perhaps indicative of their general approach to its Linux user base.

If the whole protracted saga has left a bitter taste in your mouth, there are some fresh, open-source and privacy minded alternatives at hand to help, including Wire, which recently launched for Linux. 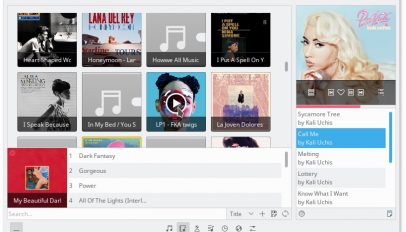 Babe Is a Promising New Qt Music Player
Read Next