Peek 0.9 reduces the size of temporary files, adds a resolution downsampling option (to help the app use fewer resources when rendering your gif), and introduces fallback support for avconf should ffmpeg be unavailable.

For ultimate control the minimum frame rate can now be set as low as 1 frame per second.

A couple of Ubuntu (or more accurately Unity desktop) fixes are included.

For example, the app now shows a nice NotifyOSD bubble notification when a gif is successfully saved, rather than present you with a confusing box dialog; and Peek adds a ‘close’ button on the left of the app window, rather than the right.

To access the application’s preferences just click the little Peek logo tucked up in the right-hand corner of the app window and select (duh) Preferences. 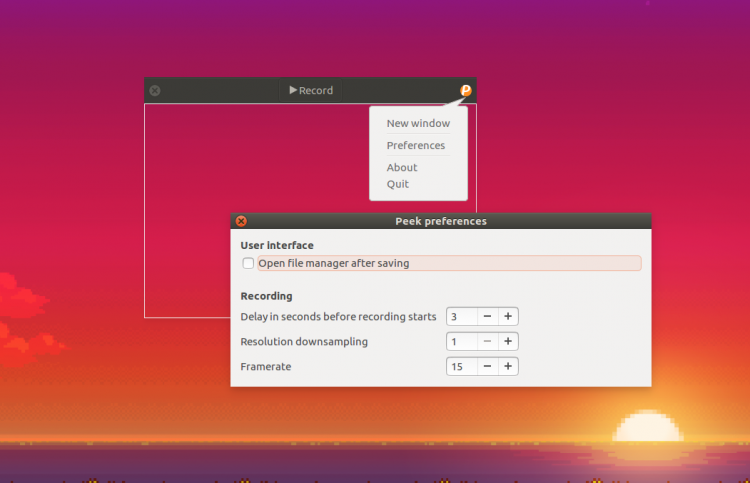 How to Install Peek Gif Recorder on Ubuntu

To add the Peek PPA to your software sources run the following command in a new terminal window:

Followed by this command to install Peek:

Launch the app from the Unity Dash (or your desktop’s equivalent).

quadradoverde Well, you do have a point. It would be easier…
GNOME 40 Looks Even Better with a Bit of Blur