Wondering how to install LibreOffice 5.3 on Ubuntu? We’re gonna show you — and all it takes is a single command.

And no, before any wisecrackers chip in, we don’t mean using the venerable ‘apt update && apt upgrade‘ command combo. LibreOffice 5.3, the latest stable release, is not available in the standard Ubuntu archives (excepting Zesty, which is in development).

Instead, we’re going to show you how to install LibreOffice 5.3 on Ubuntu as a Snap app.

This will leave your existing LibreOffice install (assuming you have one) untouched and in place should you want to continue using it alongside the newer, snap-ier version. You’ll be able to benefit from all of the latest features (including the experimental LibreOffice Ribbon UI) right away.

On Ubuntu 16.04 LTS and above it takes a single command to download LibreOffice 5.3 and install it on your system:

This fetches the very latest stable release of the office suite. You won’t silently updated to a bleeding edge release in the background using this command, which is a risk you run if you’ve installed the app using the --edge flag.

The download starts as soon as you hit return, and is roughly around ~300MB in size. Keep this in mind if you’re on a slow or capped data connection or happen to be running low on disk space.

Why Use LibreOffice Snap?

Asking why use the LibreOffice Snap over a PPA? It’s a fair question.

For me, answering as me, and only me, the single biggest upside to the LibreOffice Snap versus a PPA is convenience. I don’t need to hunt down the correct PPA, add it to Ubuntu’s software sources, wait for the PPA maintainer to add the relevant packages, then update and upgrade.

With Snappy it takes one command (and a couple of minutes of waiting) and bam: it’s done.

But there’s also an insurance factor. New releases of any app introduce new, unseen bugs. With Snappy I can run the latest version alongside the old version without any sort of conflict — perfect if a rather annoying issue presents itself.

There are a couple of drawbacks too, though.

For one, I couldn’t get the ‘insert image’ picker to find any folder outside the Snap’s sandbox. The Snap version simply couldn’t see my ~/Pictures folder — or any folder, come to that. This may be an issue with my install. Your own mileage may vary.

This doesn’t solely affect folders and directories. You’ll also notice that far fewer fonts available to the app when running in a sandbox. This is partly by design. You can (however) make things integrate a little better by letting the app run unconfined:

Secondly, regardless of which way you install it, if you have LibreOffice installed from the archives you’ll end up with duplicate entries in the Dash.

The snap version also doesn’t allow you to pare back the suite. I never use Draw, for example, and apt remove it after a fresh install. I can’t do that with a snap, not without removing the entire suite. Keep that in mind if unwanted apps bug you.

Other than that there seems to be no perceptible difference in performance; global menus and HUD work just fine;  and so on.

Apps How To LibreOffice snap apps

Home » Apps » How to Install LibreOffice 5.3 on Ubuntu (With One Command) 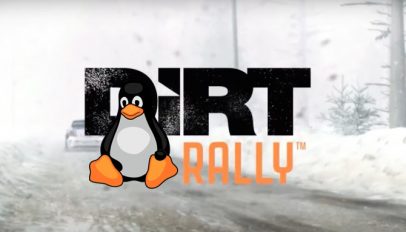 DiRT Rally For Linux Launches This March
Read Next