If you were hoping to see a new Ubuntu phone released sometime soon, we’ve some bad news for you.

And if you already own an Ubuntu phone and were hoping to see a new update released soon, we’ve some bad news for you too.

Bad news for everybody, it seems — or is there a glint of silver lining in the grey clouds now gathering over the project?

Canonical say we won’t see new Ubuntu phone models released until a Snap-based version of Ubuntu to use on them is ready, and that transition, though in progress, will take time.

Furthermore, Canonical’s Pat McGowan also says rumours that the next over-the-air update due for the Ubuntu phones, OTA-15, will not happen are ‘mostly correct’, and notes that there are currently ‘no plans to land any features to the current stable PPA’.

What few Ubuntu Touch developers there are can, for now, continue to update and upload .Click apps to the Ubuntu store. McGowan cautions that: ‘at some point we will no longer accept new clicks, and then at some further point (all tbd) the store will only serve snaps.’

And if you don’t have a phone that can run snaps? Well, you were sold a development device…

It’s not a total cessation of support, though. Security updates to the native Ubuntu web-browser app (and the Oxide framework) will be released as and when they’re available.

But big new shiny features, capabilities or other mobile-specific improvements are unlikely to come anytime soon, and for the earliest Ubuntu Phones, possibly never.

Snap To The Future

The big “hold up” on progress right now is the transition to Snappy and enabling full support for Snap apps on the Ubuntu desktop.

Snaps rely on features only found in more recent versions of the Linux kernel than that being used on (most of) the currently Ubuntu Phones and tablets.

And because Ubuntu is built on top a (pared back) Android kernel (which is what contains all the relevant hardware drivers and modules that chipset vendors don’t distribute source code to) it’s not as easy as apt-get‘ing a new one; the phone has to also have a more recent version of Android available for it.

In short, it’s going to take a stack of engineering effort to bring the new Snappy future to this devices …but the appetite to do it may not be there.

Tough choices have to be made

As for Unity 8, well, it’s the desktop guise that is due to see the most work (as you’d expect now that Canonical has pivoted away from hyping consumer-focused ‘Scopes’ as the successor to apps and moved on to the more interesting ‘convergence’ capabilities, running desktop apps, and the like).

“While we transition to Snap [desktop features are] the other major area of focus,” McGowan says.

Developers are encouraged to get building Snaps for Ubuntu desktop, and kicking the tyres on the Unity 8 preview session available in Ubuntu 16.10.

It’s Not All Bad News…

Although owners of the early Ubuntu phones may be disappointed to hear that their phone, for which they so invested in early to show support, may not end up being part of Ubuntu’s Snap-ified future, they’ll still have had 2 years of support from Canonical — and that’s roughly the same support period that Google supports Android on Nexus devices for.

Not bad for devices sold as development curiosities!

There is some good news. It looks as though the Bq M10 Ubuntu tablet will get a shiny new ‘reference image’ built on Ubuntu 16.04 LTS with Snaps — hurrah!

The switch does means we’re unlikely we’ll see any major mobile-specific enhancements made to Unity 8 on other devices until the desktop reaches parity with Unity 7.

Either way, the circuitous route to convergence continues apace! 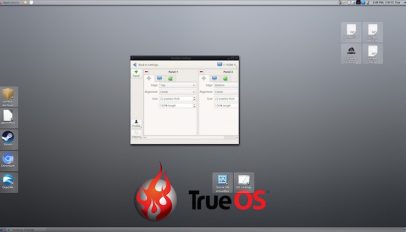