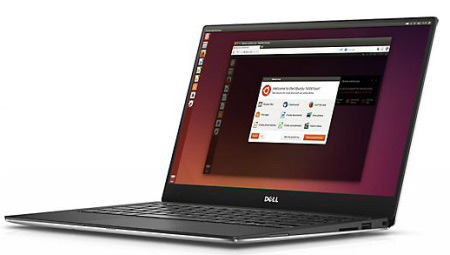 So was popular Linux personality Bryan Lunduke, who recently took an hour out to talk to Dell’s Senior Architect in the office of CTO — try saying that with a mouthful of doughnut — Barton George.

What did he learn?

Well, for one, Dell says it has ‘no plans’ to start shipping its Linux-powered developer laptops with anything other than Ubuntu.

Speaking to Bryan Lunduke, Barton George says the company is going to keep its ‘resources focused on Ubuntu’ when it comes to their developer laptop range.

Dell also sell a range of servers certified for Ubuntu, as well as other Linux distributions, including SUSE, RHEL, Oracle Linux.

But when it comes to their lucrative Linux laptop lineup, which has grown from a single notebook to span a wide range of top-tier  workstations, there appears to be no desire to switch away from what’s proving a successful and, it turns out, very lucrative, combination.

“We have no plans in the foreseeable future to ship other distros [than Ubuntu] on our hardware,” Barton George told Lunduke when the host asked if such plans are on the table. Barton reasons that ‘to try and spread our [small team] across more distros would do more harm than it would good.’

But that doesn’t mean that Dell’s developer laptops, don’t play nice with other Linux distributions.

As long as the company ‘continues to be good community members and [push] our fixes and driver upstream’, Barton says, other distributions should be able to run without major issue.

A wider set of devices are to follow the recently announced Dell Precision 3520 Ubuntu laptop,

You may be wondering why we’re now seeing so many Ubuntu laptops and PCs being sold direct from Dell. The answer is simple: because they sell.

How well they sell is a little less clear. Although Lunduke pressed, Barton George wouldn’t put an exact figure on how many Linux laptops Dell has sold to date, but he did offer an insight:  “All PR will let me say is that from an initial investment of $40,000 it has returned, over the four years, tens of millions [of dollars]. That’s as specific as I can get.”

Dell is succeeding with this. Where do you go from here?

“Linux as an OS is here to stay — that’s a no-brainer — the part that i’ve been focusing on is the higher end, targeted at developers. I want to see it grow,” Barton says.

“This has always been targeted at, what Dell would consider, a niche market, but one that I’ve I’ve always argued is extremely influential.”

But if you’re hoping to see Dell’s Linux developer laptops being sold in regular stores, don’t. Barton says there may have been a time where it was on the cards, but that it’s passed. 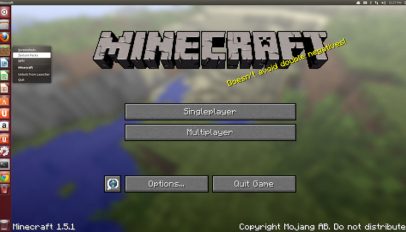