Here at OMG! HQ, when we need to make animated gifs on Linux desktop we turn to Peek, because, quite frankly, it’s awesome.

Maybe you’re looking for an alternative. Something newer, and a little rougher around the edges.

That’s fine. In fact, I heard about a new app on the grapevine, one that won’t waste your time. It’s called …Gifine.

Gifine is described by its developer as a “tool for recording and stitching together a short gifs (sic) or videos. It is a GTK application implemented in MoonScript using lgi.”

And that is exactly what it does. Using it you can load a directory of pre-existing frames and edit and exports them as a gif or MP4 video or, more helpfully, select a region of your desktop to record and export that.

One of the neat tricks that Gfine has that Peek doesn’t have is the ability to edit or trim a gif before exporting. This allows you to quickly remove frames or even entire sections that you don’t need. The “trim left of…” and “trim right of…” buttons will let you quickly ditch stalled starts and stops, while ‘delete frame’ lets you get super specific. 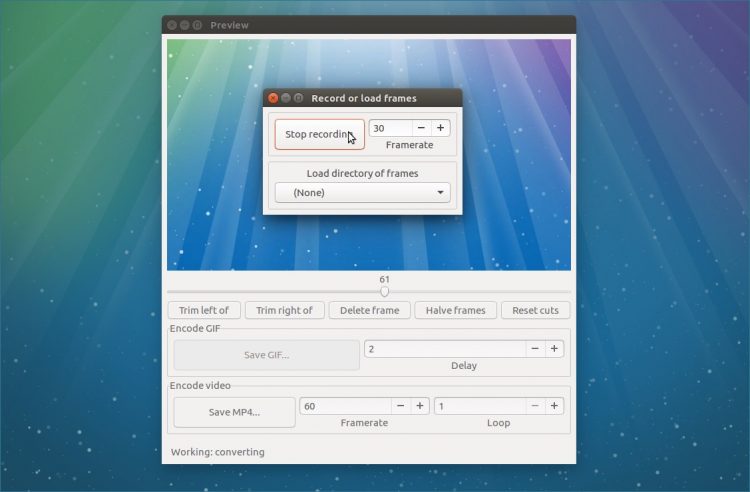 When you’re done gif’n’ up, you can export your creation as (shock) a .gif or .mp4 file, with options for delay (for Gifs) and framerate (for MP4). Unlike Peek (have I mentioned Peek yet?) the export and conversion of gifs in Gifine is — anecdotally — musch slower.

You’ll need to roll up your sleeves to get Gfine up and running on Ubuntu (and it should install/work on almost any other modern Linux distro too). You’ll need a smattering of dependencies (most of which Ubuntu 16.04 has), as well as a few it doesn’t: xrectsel, gifsicle and luarocks.

The first of these dependencies will need to be installed manually. See this Git issue to see how to install xrectsel on Ubuntu 16.04. Note: Xrectsel is required if you plan to make screen recordings.

Next, install gifsicle and luarocks from the Ubuntu Software tool, or via apt:

It’s through the latter app that we install Gifine on Ubuntu:

That command should take care of any missing dependencies and install the app. As Gifine doesn’t (currently) come with a desktop launcher you’ll need to run it from the command line or Alt+F2 prompt:

Using Gifine to create and edit screen recordings is straightforward enough: either load a directory of images or create a new video by selecting an area of the screen to capture. 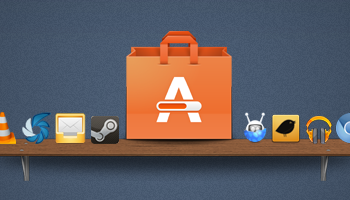