The PPA makes it easy to install the icon set (including its many different versions) on Ubuntu 16.04 LTS.

But the installation method is being retired.

The good news is that while the PPA is going away the icon set itself isn’t.

Instead of a PPA, the icon pack’s developers recommend that fans and themers install the set using a new cross-distribution install script.

Naturally this method isn’t perfect. You don’t get automatic updates when new versions are released, for example. But you can keep the script around in your home folder and run at any time to get yourself up-to-date.

And by running the latest master branch you won’t have to wait for Papirus’ devs to get around to packaging the latest icons up and making it available to their PPA.

There are plenty of reasons to run the latest version, too.

You get the best coverage when it comes to application icons for newer apps, and benefit from bug fixes.

As mentioned in our short post on its most recent update, the Papirus icon theme now includes support for theming hardcoded tray icons.

This might sound dull, but the results speak for themselves:

To install Papirus Icon theme on Ubuntu (or any other compatible distribution) open a new Terminal window and run this command:

This command will download a script called ‘install-papirus.sh’ and then runs it. The script fetches the latest version of the theme from the master branch and extracts it in to the relevant location.

Note: at present the script relies in p7-zip. If you do not have this installed you will see an error running the command above.

Once installed you can use a tool like Unity Tweak Tool to actually apply the theme. 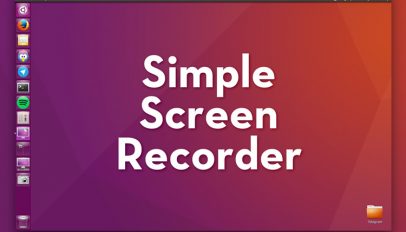