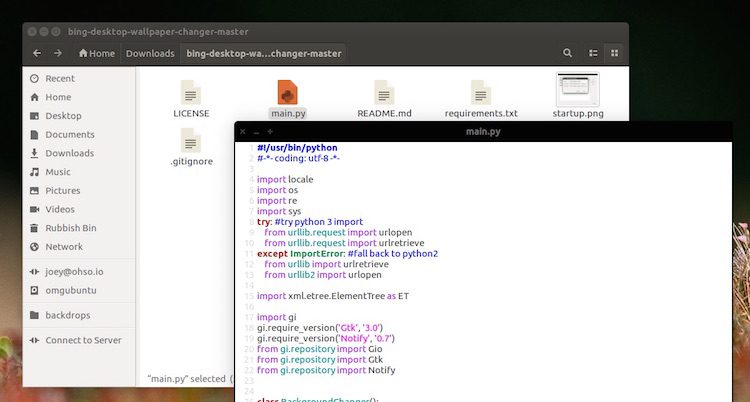 Sometimes Nautilus’ icon thumbnails and metadata just aren’t good enough. Sometimes you want to take a closer look at a file, photo or folder to make sure it’s the one you want.

And that’s where GNOME’s Sushi can help.

Sushi is Quick Look for Linux

Instant previews of image, music and video files are possible thanks to the GStreamer framework. Sushi can also supports file previews of most plaintext documents, including scripts with syntax highlighting, PDFs and HTML files.

It’s a quick and effective way to take quick peeks at PDFs, photos and other documents without having to open them fully.

Sadly Sushi doesn’t update the preview if you move off and select other files (which the macOS version does do).

It also lacks any additional ‘actions’. For example, it’d be great if, having Sushi’d the right selfie from the 342 I’ve taken, I could tap a button to open it in the default image viewer, or shunt it to GIMP, et al.

Although a modest feature (there are no bells or whistle or even preferences) Sushi’s seamless preview prowess is such that, after a few days use, you’ll wonder how you managed without it.

Tou can install Sushi on Ubuntu 16.04 LTS and above by running a single command:

Alternatively, you can install the app using Ubuntu Software:

Once installed the app will be available to use immediately. Just open Nautilus, select a file, then hit the spacebar to instantly preview it.

How To
#gloobus #gnome #sushi