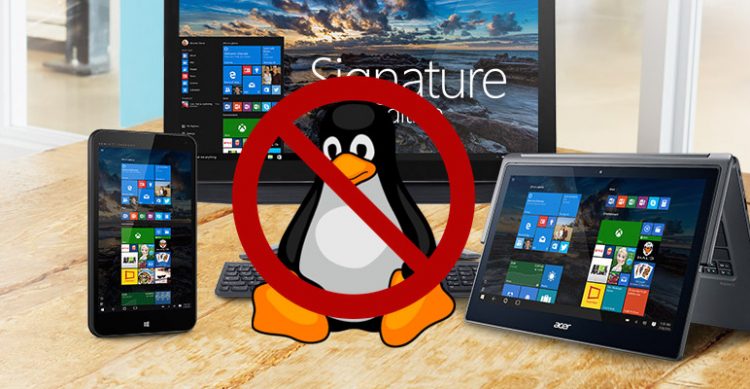 If you’re in the market for a new Linux laptop you might be looking at ‘Microsoft Signature Edition‘ laptops from big known brands, such as the Lenovo Yoga 900 ISK2 UltraBook.

‘The devices are locked as per our agreement with Microsoft’ – Lenovo

It seems that Microsoft Signature Edition PCs do not let you install Linux.

Buyers of affected ‘Signature Edition’ Lenovo devices say they are unable to install Linux, as the “SSD is locked in a proprietary RAID mode that Linux doesn’t understand”.

One buyer raised the issue on the Lenovo product forums only to be told by an ‘Lenovo Product Expert’ that the devices are “locked as per our agreement with Microsoft”.

Lenovo laptops that are known to be affected include the aforementioned Yoga 900 ISK2, the Yoga 900S, and the Yoga 710S,

What Is a Signature Edition PC? 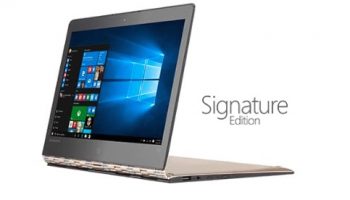 Microsoft Signature Edition PCs typically cost the same as a non-Signature counterpart, but come with a bunch of assurances.

One is that the device will be free of bloatware, trial software and paid promotional web shortcuts. Signature Edition devices also ship with Microsoft Defender pre-installed.

Microsoft also say they perform ‘hardware component verification’ to make sure that a device lives up to its stated claims, and that they measure power usage, screen brightness and key travel “to ensure it meets the highest standards”.

Not everyone is convinced that a dark conspiracy is at play here.

Some have suggested that the issue which prevents Linux from being installed, while real, could be due to a lack of Linux support/drivers for the specific RAID configuration/SSD/BIOS in the Lenovo line of laptops. Others posit that this could be a simple a bug in Lenovo’s BIOS that doesn’t ‘set’ changes made.

It’s also unlikely that a “Lenovo product expert” would be privy to any specifics in a business contract between Microsoft and Lenovo, much less commercially sensitive bits about blocking free operating systems.

For now all that is clear is that, if you own a Lenovo Signature Edition laptop, you can’t install Linux on it.

The exact reason why, and a way to workaround it, remains a little unclear.

What do you think: conspiracy or a case of cra*py RAID SSD support?

Lenovo has provided the press with the following statement, confirming it seems to be a RAID driver issue and not a caveat of any contract with Microsoft:

“To improve system performance, Lenovo is leading an industry trend of adopting RAID on the SSDs in certain product configurations. Lenovo does not intentionally block customers using other operating systems on its devices and is fully committed to providing Linux certifications and installation guidance on a wide range of products –https://support.lenovo.com/us/en/documents/pd031426. Unsupported models will rely on Linux operating system vendors releasing new kernel and drivers to support features such as RAID on SSD.”

There we have it. No conspiracy. But the situation is still not ideal. Lenovo could (maybe should?) document or offer a way for affected owners to switch the SSD from RAID to a more commonly compatible mode.

Matthew Garrett points out that Intel, rather than Microsoft, is tacitly to blame for the nature of the RAID set-up, which Linux has no support for, as it helps to “ensure good power management”.

Firefox 49 Released, This Is What’s New
Read Next