You and I need a little chat.

A few months back I invited you to share a screenshot of your desktop, and, like the awesome person you are, you did.

But I wasn’t impressed.

This nifty little indicator is pretty damn nifty! (I know I use that term an awful lot, but I really mean it).

See, to be perfectly frank, I use a lot of applications in an average day, but they vary depending on what I’m doing. I really don’t like overfilling the Unity Launcher on my desktop because it looks messy, cluttered, and some of apps I use don’t have the most “aesthetically pleasing” icons!

‘No need to shrink your launcher to the size of an eye-ache, and no need to hunt and peck through a huge vertical pile of pinned apps!’

Launcher-list-indicator, developed by Sergiy Kolodyazhnyy, is a solution to this. It introduces the concept of Unity launcher profiles.

No need to shrink your launcher to the size of an eye-ache, and no need to hunt and peck through a huge vertical pile of pinned apps!

Launcher List Indicator lets you set up and switch between different lists of pinned apps on the Unity launcher. Sort of like “workspaces” but for apps that show on the launcher.

So, for example, you may have a launcher profile full of your necessary developer tools and apps that you use when working on your CompSci project.

But when you’re at home chilling in your room you switch to a launcher profile full of traditional apps, like a web browser, music player, social networking app, Twitch client, and so on.

The indicator effectively lets you create a custom, task orientated desktop — just by changing which apps show on the launcher.

Think of it is as neatly partitioned solution to your ‘chuck it all in’ drawer of a launcher.

Launcher List Indicator is not (currently) available as a neat, installable package. To use it you’ll need to run it manually for now.

Don’t worry, that sounds scarier than it is.

When this has finished downloading you can go ahead and extract the contents. You’ll get a new folder called ‘launcher-list-indicator-master’:

Next, open a terminal and enter this directory, e.g.:

To run the app enter:

Now, before you do anything else, save your existing launcher layout.

You’ll be asked to give it a name. You can be witty, literal or boring, the choice is yours (just keep in mind that this name will appear in the panel).

Now you can go off and unpin apps, add new ones and generally rearrange to your giddy heart’s content!

Just remember to save your launchers before editing them and be aware that switching to a list and then adding or removing apps isn’t ‘saved’. You’ll need to delete the config and save it again.

Nifty tool! If you think people you know would enjoy it please share this article with them! 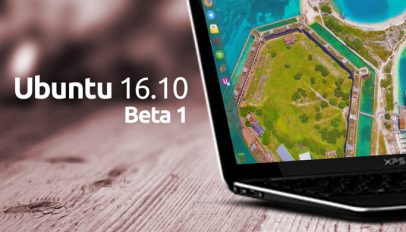