The three-day long event provides us with a rough map on the direction the ‘Yakkety Yak’ is headed and what it means for you.

I thought I’d plot some of the sketchy mile markers here, in a post for OMG! Ubuntu!, to help guide those unable to attend.

Unity 7 Is Here To Stay

The biggest news of 16.10 so far is what it won’t use: Unity 8 and Mir will not be default in the next release.

Is it frustrating to see these promising technologies held back for the 7th release in a row? Yes.

But is it a necessary decision to prevent us from punching our computers in a primeval rage? Yes!

The amount of work needed to get both the Mir display server and the Unity 8 shell that runs atop it is not to be underestimated.

Those nside the bubble and/or drunk on the Canonical kool-aid are happy to inflate expectations about how useable the shell is. And while I wouldn’t disagree that it can be used, it is not up-to-par with Unity 7.

If Unity 8 is to have any hope of replacing Unity 7 as the default computing experience on millions of Ubuntu desktops worldwide it has to be better.

Fanboy hand-waving and over enthusiastic Google+ posts will not balm the sting of criticism — only raw code and bug report bandaids can do that.

As Mark Shuttleworth touched on in his Q&A: he’s loathe to see Ubuntu repeat the mistakes of its recent past.

Caution is the better part of deployment’, it seems.

But what does this delay mean for the Yakkety release as a whole?

The Unity 7 will not receive much by way development during this cycle. Only critical bug, security fixes and OEM issues will be addressed.

Does that mean we’ll see no new features at all? No.  It’s perfectly possible that we could see a couple of new features sneak in.

But any major changes will need to be community driven; code proposed and merged with upstream Unity rather than emanating from it start with.

The core software stack apps will be kept in sync with Debian’s archives, thus minimising the amount of engineering and maintenance work required by Canonical’s developers.

The new Ubuntu Software app will receive plenty of work this cycle. Most of the planned changes will be back ported to 16.04 LTS through a stable release update (SRU).

The Snap package backend used by the Software app is also to be improved.

Ubuntu 16.10 is likely to use GNOME 3.20, which was released back in March.  This will require patching a select set of GNOME apps, including Totem, Eye of GNOME and Evince, so that they continue to play nice with the Unity 7 desktop menus, etc.

Work on porting everything that ships on the ISO image Python 3 is to continue, and there’s an optimistic possibility that Qt4 could be dropped from the image too.

Developers have tacitly agreed to increase the image size of Ubuntu 16.10.

While DVDs aren’t quite a thing of the past the cheap availability of USB sticks that are bigger than 1GB makes sticking to a stringent space quota an unseeded line in the sand.

This doesn’t mean that Ubuntu 16.10 is going to be weighed down with superfluous extras and a new gallery of apps, but you can expect to find more space given to language packs on the disk, and installed as needed.

Unity 8 Will Be Available to Test

Unity 8 is an adaptive, fluid desktop environment designed to span devices, screen sizes and form-factors. Mark Shuttleworth says it will only replace Unity 7  when “users tell us it’s ready”.

Unity 8 is to come pre-installed on the Yakkety Yak ISO image (or rather, that’s the plan at this point in time). This will make it easy for anyone with supported hardware to effortlessly try it out without needing to install any extra packages,.

The next few months will be spent kicking the tyres of Unity 8 in desktop mode to identify flaws, where it’s lagging, what features need to be prioritised, and so on.

Not that you need to wait; Unity 8 is already out there in the wild on various handsets and tablets. The desktop guise is already available to install on Ubuntu 16.04 LTS providing you have the right mix of graphics hardware and software drivers. 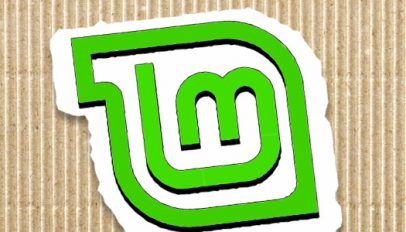 Linux Mint 18 Is Getting a Brand New Look
Read Next