Expect to see a larger Ubuntu desktop installation image size by the time the Yakkety Yak is released later this year.

Ubuntu Developers are currently discussing a new size limit for the main distribution image, as well those of the distribution’s official flavours.

One flavour, Ubuntu Studio, even plans to increase its install image to the full DVD size of 4.7GB (so that it can offer a broader range of software out-of-the-box)!

1GB is the current size limit for Ubuntu, but it has creeped past this in recent releases. The current Ubuntu 16.04 LTS desktop .iso is 1.4GB, and some flavors are larger still.

Oversized images are more than annoying for people on slow connections: they bug developers too, as Canonical Steven Langasek explains:

“[Oversized images] generates daily emails to members of the release team and cdimage team, which then basically are seeing no follow-up because we know nobody cares about these limits but no one has set new ones.”

Taking the initiative, Langasek adds: “I’ve finally gone ahead and bumped the limit on Ubuntu desktop images to 2GB for a minimally-sized USB stick; this gives us a new limit that I think we will care about, while also leaving us headroom so we’re not constantly fighting it back down to the line.”

Although the size limit for the Ubuntu 16.10 image is boosted to 2GB it doesn’t mean the image will actually be 2GB. The increase in space offers developers breathing room, not license to add bloat.

As Martin Wimpress, Ubuntu MATE lead, who backs the increase, says: “I would opt for 2GB as the limit for Ubuntu MATE, although we (sic) aiming to stay well below that.”

The size of the Ubuntu installation image is more important than you might think. Super-fast broadband is not ubiquitous in many parts of the world, and beyond the issue of speed limits some users are subject to measly data caps.

The larger the Ubuntu  installation image is the higher the barrier to entry to potential new users.

But it’s not simply a reason to stuff a bit more bloat into the images, as Martin Wimpress notes: “Ubuntu MATE followed the expanded language support that was added to Ubuntu. This added a few hundred MB to the iso size, for good reason and has been well received in the Ubuntu MATE community.”

Will a larger installation image affect you or anyone you know? Do you currently struggle to download the current over-sized images? 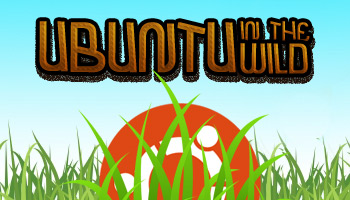 Ubuntu In The Wild: April 2016
Read Next