The Ubuntu 16.04 LTS release is now available to download.

Ubuntu 16.04 LTS (‘Xenial Xerus’) is a long-term support release of Ubuntu. This means it is supported for 5 years with critical security, bug and app updates from Canonical, the company that makes Ubuntu.

Support for Ubuntu 16.04 LTS desktop ends in 2021, Canonical will continue to provide some critical updates as an ESM release, but only for enterprise and sever customers.

Scroll down to find out what’s new & improved in this release, or hit the download below to start downloading an .iso right away.

You can download Ubuntu 16.04 LTS faster (and help other users get theirs quicker too) if you use the official Ubuntu Torrents:

Remember: you do not have to do a fresh install to get this release. You can upgrade to Ubuntu 16.04 from Ubuntu 15.10 and Ubuntu 14.04 LTS using the Update Manager app.

Ubuntu 16.04 LTS ships with a modified version of Linux 4.4 kernel.

It also introduces drivers for the Logitech G29 racing wheel and enables support for hardware features on some newer Toshiba laptops.

A bigger (and somewhat controversial) change is the addition of support for the Zfs filesystem on Linux — the first version of Ubuntu to support it natively, out of the box.

ZFS is best described as a combination of a volume manager (like LVM) and a filesystem (like ext4, which remains the default for Ubuntu installations).

Ubuntu has produced a reference guide to help those interested in filesystems take advantage of ZFS on Xenial.

Python 3.5 is default in 16.04. Apps that are based on and/or use Python 2 remain available and will continue work as normal. Developers are advised to upgrade their software to take advantage of Python 3.

As we’ve previously warned, if you use a device with AMD Radeon graphics hardware you should NOT upgrade at present. The fglrx driver is now deprecated in 16.04, and although open source alternatives (radeon and amdgpu) are recommended, they do not deliver comparable performance.

We took a look at the key benefits of Snap packages in an earlier post, which is well worth a read for a full rundown.

But the short of it is this: you will get to install new versions of your favourite apps in Ubuntu sooner than before, and without having to worry about missing or out of date dependencies.

The default shortcut for opening the HUD (the ‘heads-up display’ that lets you quickly search for options in the menu of focus applications) changes from alt to alt + space in this release.

Unity is Ubuntu’s default desktop shell. A host of bug fixes for some long-standing issues feature in its latest outing.

Yes, as you may have heard by now, Ubuntu 16.04 finally lets you move the Unity launcher to the bottom of the screen — six long years after users first asked.

The ‘option’ to change the position is not exposed via the native system settings app, instead lurking in the nerdy nether regions of the dconf-editor. Third-party utilities like Unity Tweak Tool (available from Ubuntu Software) offer an easier, one-click toggle, however.

A victory for the privacy conscious,you’ll no longer need to sift through  tangentially related eBay, Wikipedia and web results when hunting down a local file or app.

Session shortcuts have been added to the Dash to make it even faster to reboot, logout or shutdown your PC.

Other changes in Unity 7.4:

Since a good chunk of you will be doing an upgrade from Ubuntu 14.04 LTS we’ll mention some other notable tweaks to the desktop shell since the version you’re used to was released.

The Sound Menu will show a microphone input volume slider on devices with a built-in (or connected) microphone. In earlier versions the input slider was only shown when the microphone was actively in use by an application.

Almost every new version of Ubuntu comes with a new desktop background and a selection of new community-contributed wallpapers.

The default desktop background is a palatable mish-mash of purple, though far removed from the heady days of the Hardy Heron! Whether you keep it or change it, the new default desktop wallpaper will at least make it easier to spot Ubuntu in the wild! 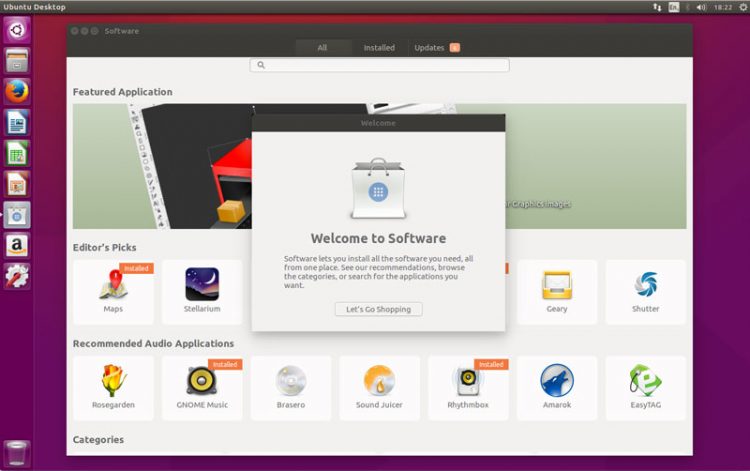 Several new apps ship as part of Ubuntu 16.04 LTS, including a new desktop calendar app and a brand-new software store (pictured above).

Both are welcome additions to the desktop, with Calendar able to show your upcoming appointments and reminders in the Datetime Indicator.

The new Software app replaces the Ubuntu Software Center.  Use it to search for, browse and install from hundreds of thousands of free and open-source application, as well as a few non-open-source and paid apps, too.

It’s not perfect — it doesn’t always mark installed apps correctly, it leaves behind dependencies on uninstalls — but these bugs will be fixed in subsequent updates.

The latest releases of Mozilla’s Firefox web-browser and Thunderbird e-mail client are (naturally) also included, as are new versions of other key apps like LibreOffice, Evince and the Eye of GNOME image viewer.

Two apps you will no longer find on new installs are the disc-burning utility Brasero and the instant-messaging client Empathy.

Both have been removed from the ISO image.

If you’re upgrading from an earlier release note that these apps won’t be uninstalled.

And that’s not just my opinion — over 18,000 of you have so far voted in our intentions poll and 94% of you plan to upgrade.

Unity 7 once again removes ammunition for its critics to fire.

Xenial is an agreeable release. It’s a desktop operating system that’s as well suited for end users as it is developers as it is mainframes like the IBM LinuxOne.

Many often think of “convergence” as being solely a smartphone that becomes a PC. But from smartphones to supercomputers, Ubuntu is already converged.

With a support period of five years, the lure of new apps through the promising Snappy package system, and the very best hardware support, the case for not upgrading is pretty thin.

Chances are you want a copy, so hit the button below to grab your Ubuntu 16.04 download.

Looking for Ubuntu 16.04 downloads? .ISO images are available to download direct from Canonical through your browser.

If you want to get download faster — and help others do the same — use the official torrents provided at the link above. 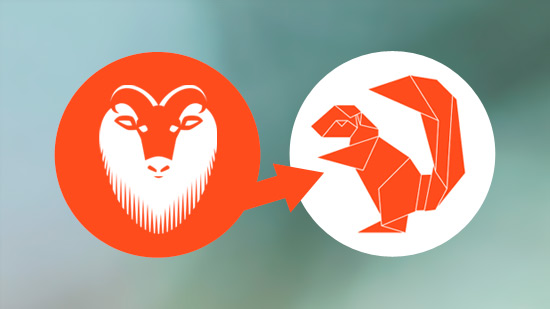 To upgrade Ubuntu 15.10 to Ubuntu 16.04 you’ll need to be patient; you’ll get a notification prompt asking if you want to upgrade at some point in the next 24 to 48 hours.

Ubuntu 14.04 LTS users will be notified of the upgrade in the summer, with the release of Ubuntu 16.04.1. Don’t want to wait? We’ve got you covered. 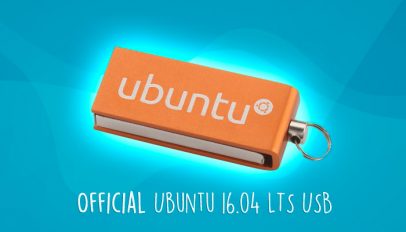