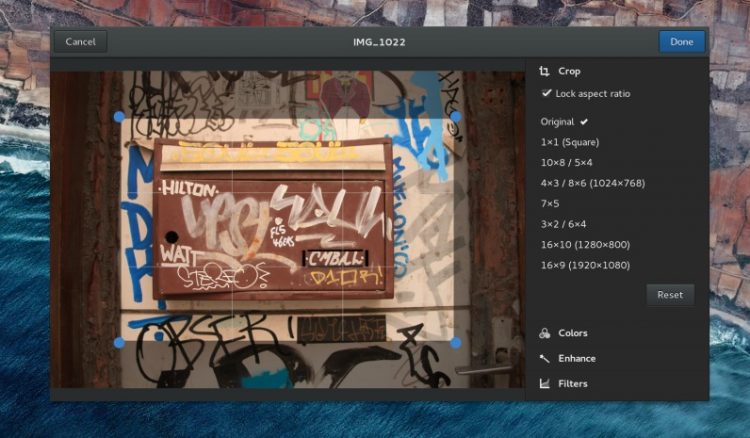 The app, which will feature as part of the GNOME 3.20 release later this month, also benefits from color palette improvements, new icons in the selection bar and manual exporting.

But it is  the addition of simple features that takes the spotlight.

Photos dev Debarshi Ray says that “while Photos will never be a fully featured professional image editor like Darktable or GIMP, [these new editing features plug] an important gap for those looking for a simpler option.”

Shotwell is the default Photo management app on Ubuntu. It has a basic set of photo editing capabilities. When you want to crop a photo, quickly bring up the brightness or adjust its size, you can do so quickly, without needing to open  more powerful app.

GNOME Photos fans can look forward to the following editing features in the new release:

“For [GNOME], it means that we benefit from the plethora of operations that are built into GEGL and the many more that are being ported over from GIMP; and we get things like non-destructive editing, higher bit-depths, handling larger than RAM images, multiple pixel formats and many more advanced features for free,” Ray notes.

Editing is non-destructive. The original image is unaffected by changes you make. Instead, you export your edit as a new image.

Sharing to social media accounts configured through GNOME Online Accounts is planned, as is exporting of ‘entire albums or a selection of multiple images’.

In line with other GNOME applications, Photos 3.20 gets a help overlay to show our keyboard shortcuts. To reveal it you just press Ctrl + ?. 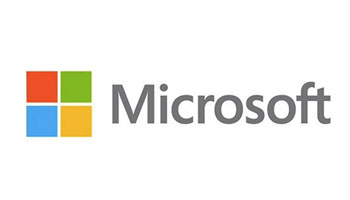