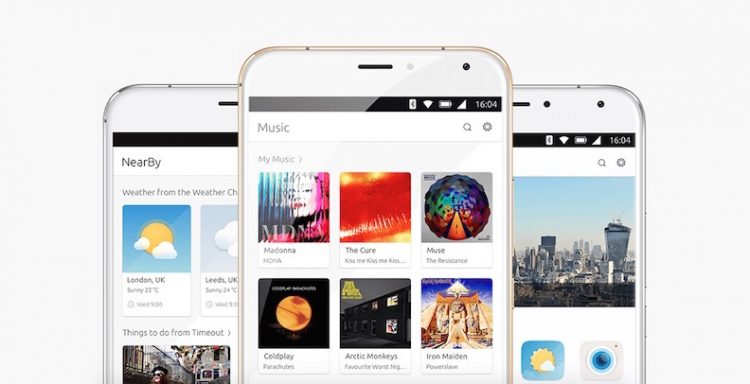 The Meizu PRO 5 Ubuntu Edition smartphone will go on sale in the middle of March, Meizu has said.

A spring launch for the device, the most powerful Ubuntu Phone released so far, was expected and will see the phone launch around the same time as the Bq Aquaris M10 Ubuntu tablet.

‘Pricing for the phone starts at $370, and it ships globally’

A product information page also now live on the official Meizu website. It provides a concise summary of the new phone’s (powerful) hardware and some of its key software features (and, interestingly, it also includes a caution to potential buyers to not to expect as many apps as on Android!)

Distillation of the device details aside the page also has a sign-up form where you can sacrifice your e-mail address and receive a reminder about the device ‘when it comes available’ (sic). Canonical calls this process a ‘pre-order’.

The confirmation e-mail sent after signing up offers a touch more information on release dates and purchasing options, as you can read below:

We’ll send you an email as soon as it’s available, which we expect will be around mid March. By then, you can purchase it through en.JD.com. So please watch for your Inbox or visit en.JD.com frequently.

If you have any questions, please contact us at ubuntusales@meizu.com.”

The Meizu PRO 5 Ubuntu Edition will cost from $335.85 (US). This is much lower than the approximately $500  the Flyme OS (Android) version currently sells for.

The phone will be sold globally though JD.com, billed as China’s ‘largest online direct sales company’ — the Amazon of China, if you will.

Its western facing side, en.JD.com, sells a range of popular Chinese electronics to the rest of the world and offers free to shipping to most major countries, including the USA, UK, France and Germany.

JD accepts Paypal as its sold payment method, though the website FAQ says ‘more payment options will be available in the future’

A quick glance over its Facebook page suggests it doesn’t have the best reputation for customer service. Amid a slate of angry customers complaining of missing packages you’ll find a slate of 1-star reviews and a combined average of 2.3 out of 5 stars.

The Meizu PRO 5 Ubuntu Edition has the same core hardware specs as its Android counterpart.

It is powered by a super-fast Samsung Exynos 7420 Octa-Core processor running along at 2.1GHz; has an eye-poppingly pixel-packed FHD screen, and sports stylish magnesium alloy casing. 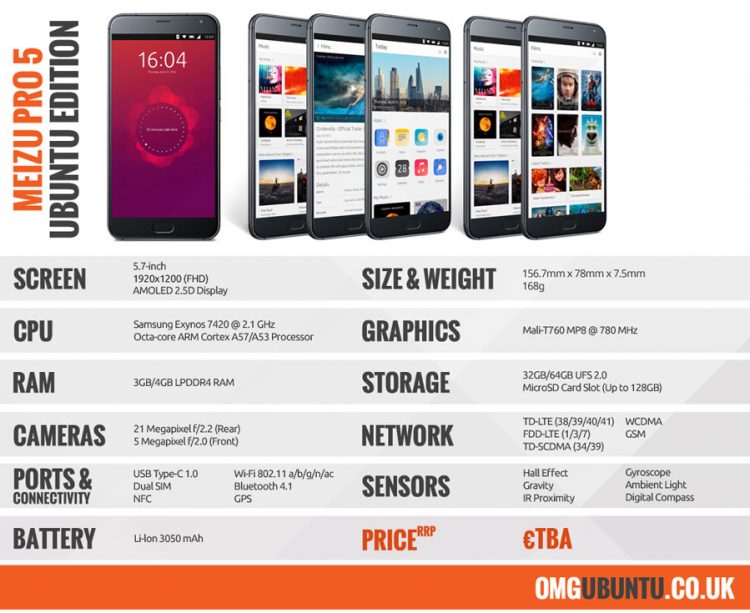 While the PRO 5 is the most powerful Ubuntu phone yet made it’s missing one core feature. Fand of convergence should be aware that this phone cannot connect to an external monitor through MHL, SlimPort or USB to power a full Ubuntu desktop experience’.

Ubuntu developers are exploring how to enable convergence through wireless display technologies like Miracast, something that could help unlock the raw potential of this phone.

American readers should keep in mind that the PRO 5 is not compatible with many of America’s mobile networks/bands. Furthermore, because Meizu does not have FCC certification for this (or any other) phone, the phone could (in theory) be denied import and returned to China.

Will you be pre-ordering the new Ubuntu phone’? If so, be sure to let us know which one in the comments below!