Google Chrome is to drop support for all 32-bit Linux distros from March, 2016.

The change, which brings the platform in line with that of Mac OS X, will apply to all x86 Linux builds, regardless of distribution or version number.

Users affected will still be able to use Chrome after the axe has fallen, but they will no longer receive any updates.

In a double-whammy, March will also see Google Chrome stop supporting Ubuntu 12.04 LTS (which will receive critical and security bug fixes from Canonical until mid 2017).

‘Ubuntu users  are advised to upgrade to a 64-bit version of Ubuntu 14.04 LTS or later’

From this March only 64-bit versions of Ubuntu 14.04 LTS (or later) will receive new versions of the browser from Google .

To run a supported version of Google Chrome Precise users are advised to upgrade to a 64-bit version of Ubuntu 14.04 LTS (or later).

Why Is Google Dropping Support?

The small Google Chrome Linux team can’t support all versions of Ubuntu and other Linux distributions indefinitely. With Linux already a small overall percentile of Chrome’s user base, and 32-bit users amongst that percentage even smaller, something had to give at some point.

The build infrastructure used to package Google Chrome is tasked with making hundreds of binaries each day, and human effort is required to test those binaries for release.

“To provide the best experience for the most-used Linux versions, we will end support for Google Chrome on 32-bit Linux, Ubuntu Precise (12.04), and Debian 7 (wheezy) in early March, 2016,” says Chromium engineer Dirk Pranke.

‘Chromium is unaffected by the change. ‘

Many Linux users run Chromium, the open-source basis of Chrome, and so won’t be affected by this change. Google Chrome and Chrome OS builds for 32-bit ARM are similarly unaffected.

For browsers built on Chromium, like Opera, it will be up to them as to whether they continue to offer builds for 32-bit users.

Google says it will ‘keep support for 32-bit build configurations on Linux to support building Chromium’, which  we’re told it will do so for ‘some time to come’.

Do you use Google Chrome on a 32-bit version of Linux? Will you switch to another browser? Perhaps you think this decision is logical. Whatever your view on this decision you can share it in the comments below. 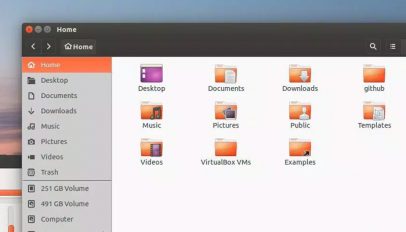