The Ubuntu Software Centre is to be replaced in Ubuntu 16.04 LTS.

Users of the Xenial Xerus desktop will find that the familiar (and somewhat cumbersome) Ubuntu Software Centre is no longer available.

GNOME’s Software application will – according to current plans – take its place as the default and package management utility on the Unity 7-based desktop.

New plugins will be created to support the Software Centre’s ratings, reviews and paid app features as a result of the switch.

The decisions were taken at a recent desktop Sprint held at Canonical HQ in London.

GNOME 3.18 stack will also be included in Ubuntu 16.04, with select app updates to GNOME 3.20 apps taken ‘as and when it makes sense’, adds Will Cooke.

We recently ran a poll on Twitter asking how you install software on Ubuntu. The results suggest that few of you will mourn the passing of the incumbent Software Centre…

Which of these do you use to install software on #Ubuntu?

Other Apps Being Dropped in Ubuntu 16.04

The Ubuntu Software Centre is not the only app set to be given the heave-ho in Xenial Xerus.

Disc burning utility Brasero and instant messaging app Empathy are also to be removed from the default install image.

Neither app is considered to be under active development, and with the march of laptops lacking optical drives and web and mobile-based chat services, they may also be seen as increasingly obsolete.

If you do have use for them don’t panic: both Brasero and Empathy will still be available to install on Ubuntu from the archives.

It’s not all removals and replacements as one new desktop app is set be included by default: GNOME Calendar.

Home » News » Ubuntu Software Centre To Be Replaced in 16.04 LTS 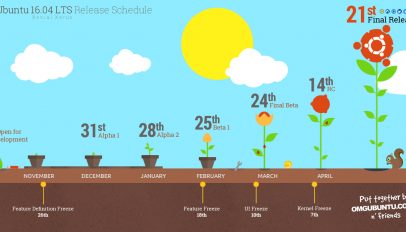 This Is The Release Date for Ubuntu 16.04 LTS
Read Next