Your Ubuntu 15.10 Wily Werewolf download has finished, and installation has begun. Now you’re wondering what to do next.

Below you’ll find our list of the top 10 things to do after installing Ubuntu.

You’ll find plenty of useful tips and suggestion in this post if you’re new to Ubuntu. It’s not comprehensive though so do also check out the comments at the bottom to read other users’ advice about their post-install must-dos!

Waffle served up, now for the cream.

Ubuntu 15.10 Wily Werewolf may lack the bite of its namesake but there is still some nifty new changes shipping inside it.

For example, you can now create application shortcuts on the desktop by dragging apps out from the Dash. Not a ground changing feature but certainly one worth knowing about, right?

It doesn’t matter if you’re a seasoned Ubuntu pro or fresh-faced newbie it always helps to know what’s new and notable about the latest release.

Check out our rundown of Ubuntu 15.10 for the full skinny on what’s new. 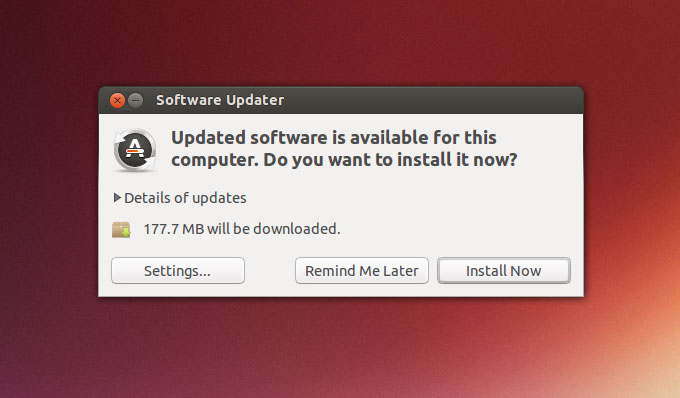 It might sound strange to tell you to check for updates just after you’ve installed — but you should.

Well, for one: you’re probably not reading this list on release day. In the time between Ubuntu spinning up its installation media and you installing it, chances are a bunch of security, stability and bug fixes are waiting for you.

After All, bugs don’t adhere to the same deadlines as developers do!

Open the Software Updater tool from the Dash and click the button to check for updates.

You want the best performance from your device you’re going to want to install graphics drivers. These will make the Unity desktop run smoothly (it’s a composited environment) and let you get the best frame-rates from games, media content and apps.

Ubuntu supports most graphics hardware out of the box using free, open-source drivers. These are getting better all the time.

If you plan to play the latest Steam games on Ubuntu, watch high-definition video, or play around with GPU intensive apps like Blender and Lightworks, you will need to install the latest proprietary Linux graphics drivers available for your hardware.

Gamers can also use a brand new PPA that makes it easier to get the latest Nvidia Linux graphics drivers as they’re released.

A spaghetti tangle of legal issues means Ubuntu cannot play MP3s and other popular media content ‘out of the box’. It’s an inconvenience, but one that is easily solvable.

During installation you can check a ‘Enable Restricted Formats’ box to have all the required multimedia codecs pulled in and installed along with the rest of the system.

If you forgot to do that, or are upgrading from an earlier release, you can install multimedia codecs yourself straight through the Ubuntu Software Centre.

5. Use A Better Theme

Ubuntu’s default theme is nice enough, but it is hasn’t changed much in several years. If you’re coming from a modern operating system or newish Linux distribution, Ubuntu can look a little humdrum.

If you want a stylish looking Ubuntu desktop that people will swoon over, try an alternative theme. Our favourite GTK theme is called Arc, but there are tonnes more available online.

The ‘Appearance‘ section of the Ubuntu System Settings app also lets you tailor other parts of the Ubuntu desktop to your tastes:

A glut of other layout and customization options — from changing the desktop font to choosing which side window controls appear — can be toggled, tweaked and toyed with using the free Unity Tweak Tool available to install from Ubuntu Software Center.

5. Adjust Menus To Suit You

Application menus appear in Ubuntu’s top panel by default and auto-hide after a set several seconds.

A great way to save space, but also a great way to confuse. When you’re using several apps it’s often hard to know which app the ‘Files’, ‘Edit’, etc strip at the top of the screen belongs to — or where they’ve suddenly vanished to!

Ubuntu provides options inside the System Settings >Appearance pane that allow you to choose where app menus appear.

If you’d rather see menus inside the window of the app they below to:

Ubuntu also lets you set app menus to ‘Always Show’ (that is, not hide after a few seconds) but it’s not obvious how to get access to it.

We could walk you through the recommended way, installing dconf-editor, finding the schema, manually editing, it, etc, but honestly it’s just far quicker (and somewhat safer) to paste the following command into the Terminal to set menus to always show:

To undo the change (i.e. set app menus to hide until you mouse over them) run:

Ubuntu offers a small but capable crop of apps by default, ranging from big names like LibreOffice and Firefox to lesser known tools like Totem and Shotwell.

Great though they are they might not be your favourites.

The Ubuntu Software Centre offers up thousands of free applications to install, including:

You’ll also find a wealth of awesome software available outside the Ubuntu Software Centre. Some notable apps include:

7. Set Up Your Cloud Accounts

Backing up your files and documents is, like, super important. You know that.

Whether you stash your stuff in Dropbox, OneDrive or Google Drive, you’ll want to get everything in sync, soon as.

Not all of these solutions integrate with Nautilus, the file manager used in Ubuntu.

Flash sucks, but there may be a few sites you like to view that need it. Adobe officially stopped supporting Flash on Linux several years back, and many web-browsers are dropping support for it’s NPAPI architecture.

The best all-round solution is to download Google Chrome. It comes with an up-to-date version of the Flash plugin built-in.

If you want to watch Amazon Instant Video, Hulu or any other sites that uses DRM through Hal, we’ve got a guide on that.

The Unity Dash is great for finding files, apps and snippets of online data in a pinch. Just open the Dash, type your query — be it ‘Firefox’ or ‘Weather in Townsville’ — and Ubuntu will try to return results that match.

But if you don’t want to see local weather results when searching for jpgs, or Wikipedia links every time you look for an album, you can turn it off.

Whatever your preference head to the Privacy & Security section of System Settings to:

10. Tell Others About Ubuntu 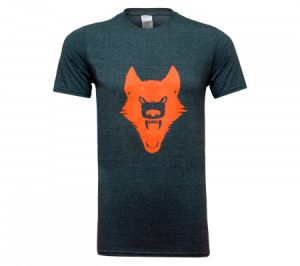 It sounds obvious but don’t get so sucked into using Ubuntu that you forget to tell others about how awesome it is.

If you try Ubuntu and like it do spread the word. How? Maybe try one of the following:

Those are our action items post release, but what are yours? Share your tips and tweaks in the comments section below.

A polite notice: if you don’t like the Unity desktop, don’t install Ubuntu. Several community flavors ship with other desktop environments installed and integrated by default. Save yourself the hassle of ‘uninstalling Unity’ by installing one that doesn’t include it! 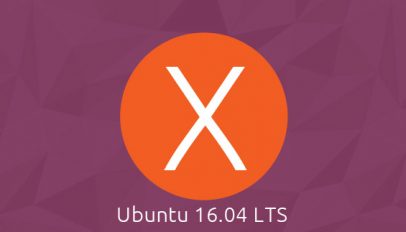 The Ubuntu 16.04 LTS Codename Has Been Announced
Read Next