GNOME 3.18 is out and it’s a release packed full of new features, improvements and rounding off of once rough edges.

Work on the release has been on going for the past six months, and the final release comprising the GNOME software stacks, GNOME Shell and a suite of core apps is available to download as source from today.

Major Linux distributions,  Fedora, Debian and Arch, will make GNOME 3.18 available to install over the coming weeks or through future distro updates.

GNOME 3.18 features both big and small changes and is (seemingly once again) made up of 25,112 changes contributed by over 700 developers.

Although some of the new features may sound minor in isolation they add up to an impressive collective; this is yet another release of GNOME that keeps the Linux desktop moving forward and brings its users with it.

But enough of the gumph. Let’s take a look at the new features and changes we think you’re going to love most. And we’ll kick off with a recap of one we wrote about recently.

Short of Google ever actually offered a dedicated Linux client this is the next best thing.

Setting up Google Drive in GNOME 3.18 has been made easy as pie, too. You add your Google account in Settings > Online Accounts and, err, that’s it! Google Drive shows up as a network share in the Files app sidebar.

“[Google Drive in GNOME 3.18] behaves very similarly to the rest of your files and folders: files can be opened using your normal applications, and folders can be created just like regular folders. It is also really easy to upload files to Google Drive — all you have to do is move or copy them across,” GNOME say of the feature.

File manager improvements don’t stop at the integration of a singular, if popular, cloud service. Oh no: GNOME has made a bunch of improvements to the way the file manager looks and behaves, including:

Do you use GNOME on a laptop or all-in-one that has an integrated light sensor?

If so, you’ll be pleased to know that GNOME is now able to use it to automatically control screen brightness.

This help ensure that the screen is always easy to see, but also helps to lower the amount of battery used to power it.

Do you use GNOME on a laptop or tablet with a multi-touch display?

If so, you’ll be pleased to know that manipulating on-screen text is made easier in GNOME 3.18.

When did you last update your computer’s BIOS, or the firmware for an exotic peripheral hooked up by USB? Heck, do you even know how to install such updates?

This project offers a way for hardware manufacturers to distribute firmware updates to Linux users. GNOME supports the service fully, and lets device hardware updates to be installed the same time as regular software updates.

Since the feature relies on the Software app (a de-centralised app store of sorts) and neither Ubuntu or Ubuntu GNOME offer it, you shouldn’t expect this nifty new feature to work in Ubuntu.

Calendar, the GNOME desktop calendar app (quelle surprise), is finally ready to make a date with your desktop. in 3.18.

The app was introduced in preview form during the 3.16 release and is a straightforward desktop calendaring tool that integrates fully with GNOME Online Accounts.

It allows you to switch between month and year views, add, edit and search events, import calendars from online services and view events in list form.

Alright, so the new characters application (called ‘Characters’) is not strictly an emoji picker, but let’s face it: it’s what most of us will use it for!

Characters promises to offer ‘an easy way to find and use a variety of characters’. It groups characters by category (e.g., punctuation, pictures, etc) for easy browsing. Like emoji pickers on smartphones GNOME Characters helpfully remembers your most recently used characters.

Other features include search (through the Activities Overview) and locale-specific characters based on the system input language.

Meet GNOME To Do

To Do is described as ‘simple personal task manager’. It lets you add tasks, group tasks and even colour-code them. Clicking on a task opens side pane where you can add notes and set schedules or due dates.

A helpful ‘Today’ view makes keeping on top of things easier, too.

The GNOME experience on Wayland gets better and better with each release, and 3.18 proves to be no exception.

GNOME on Wayland now has support for HiDPI displays and adds the ability to copy/paste and drag/drop between windows and, more impressively, between Wayland and legacy X11 apps!

The semi-unofficial and totally unsupported GNOME 3 staging and testing PPAs available to Ubuntu users should provide a stack of GNOME 3.18 packages to 15.10 users in due course.

We’ll provide more information on how to add them, bugs and issues, etc. after the launch of Ubuntu 15.10. In the mean time, if you’d like to use the March release of GNOME 3.16 on Ubuntu 15.04 you can follow this step-by-step guide.

Try GNOME 3.18 For Yourself

If you don’t want to wait you don’t have to. If you have a spare USB drive or blank disc lying around you will shortly be able to download a live image based on OpenSUSE to try the new features out for yourself. Bookmark the link now. 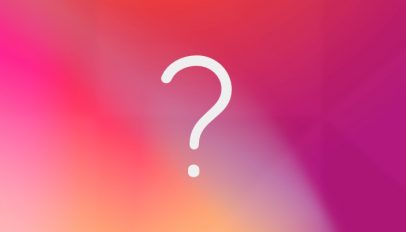