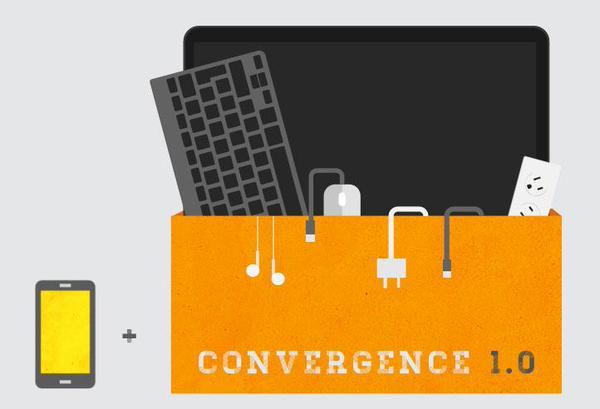 The first Ubuntu Phone that will be capable of turning into a desktop PC will be made by Bq.

A tentative launch date of October 2015 has been set for the convergence device, though this is likely to changed depending on the state of ‘converged’ code within the Ubuntu OS itself.

News of the device was teased by Mark Shuttleworth last month at the Ubuntu Online Summit though, at the time, he intimated that an entirely ‘new’ company was involved in its production.

No firm hardware specifications have been shared about the device. Heck, not even a screen-size, name or anything. But we can expect it to be high end and powerful. A Bq Ubuntu Pro of sorts (except, not that cos it’s an awful name).

The other throng in this shiny fork of, erm, news (awful analogy) is the fact that this will be the first device made for Ubuntu. The Bq Aquaris E4.5 and new E5, as well as the Meizu MX4, are all recycled Android devices.

The Ubuntu Phone that turns in a PC will be designed from the off with Ubuntu in mind. Well, partly in mind as an Android version of the device will also be sold.

Canonical’s Cristian Parrino says Bq and Canonical are working ‘closely’ together on the new device.

If all goes well the Ubuntu Phone edition will launch on the exact same day as the Android version.