Wow! What wonderment! The Ubuntu 15.10 has been revealed as ‘Wily Werewolf’.

The word ‘Wily‘ is used to describe someone who is skilled or adept, while a ‘werewolf‘ is a mythological creature has been popularised in fiction as a human who turns into a wolf on a full moon.

Ubuntu 15.10, which is due for release in October, is notable from a codename perspective as being only the second release of Ubuntu to ‘revisit’ a letter (the other being Hardy Heron and Hoary Hedgehog).

Mark Shuttleworth, the founder of Ubuntu, unveiled the name as part of his keynote address to the Ubuntu Online Summit taking place this week.

‘Windows 10, Shuttleworth says, is validation of Ubuntu’s march to convergence’

Aside from announcing the name of Ubuntu 15.10, Mark Shuttleworth also had plenty more to talk about in his keynote. A lot more.

He touched on the Ubuntu Phone, the on-going march towards single-device convergence, recapped some of Canonical’s successes in the cloud and its push into the ‘internet of things’.

“Because of the long thoughtful process [in developing Unity 8] we have the crispest and thoughtful version of how different form factors come together [in convergence],” he explained.

Not that you will see the new Unity 8 shell or “Snappy” packaging and distribution technology made the desktop defaults anytime soon. It’s still too early for that. Though next year’s release of Ubuntu 16.04 LTS may see the former of these as an option.

Mark Shuttleworth did have warm words for old rival Microsoft, calling Redmond’s own play at convergence with Windows 10 a ‘wonderful validation’ of Ubuntu’s own approach over the past few years.

“We [the Linux desktop] were always five, ten years behind. Always copying the other guy. Here, for the first time, we have this vision at the same time,” he said.

“I’d like us to rise above kind of saying ‘you’re copying our ideas’. We didn’t patent those ideas. We spoke very publicly about that vision because we wanted it to be true. I think it’s exciting for everybody that [it now is].”

He added that he’s proud to see free software at the front of personal computing technology revolution.

‘The opportunity now is bigger than all of [our] differences.’

Shuttleworth also suggests that “it’s time for us to welcome other people” into the vision of a converged well so that more software is available.

“I think Ubuntu has come to represent the leanest, cleanest focus on free software and design for future experiences, and I think it’s time for us now to accelerate that lead. It’s really important for us to be sure that developers that are comfortable developing for GNOME or KDE know that their applications will absolutely be welcome in a converged Ubuntu world.”

“We’re entering a world where every company values open environments [and is] working across platforms. I think that if we’re seeing the world’s leading software company bringing their development tools to Ubuntu, along with Android and iOS, that we can, in fact, bring all the world’s applications to a free software platform.”

Going further, he issued a call to developers of software for other desktop environments: “This is a seminal moment… personal computing [is changing]… [we should] set aside our differences and the opportunity to create an experience that span phones and tablets and PC… to bring our very best desktop applications to everybody.”

He used the ability to run Skype on the Ubuntu desktop and talk to people all over the world without having to force his free software preferences on them, as an example of how Ubuntu, as an open platform, welcomes contributions from all over the software spectrum, open-source and not.

Ubuntu Phone as a PC Is Coming This Year

But the big reveal in Mark’s keynote was not the adjective and animal combination. It was not the progress made on Snappy, or in Canonical’s cloud successes.

It was news that an Ubuntu Phone that turns into a PC when connected to a monitor will go on sale later this year.

“I would like to announce that we are going to ship a device this year, with a manufacturer, that will fit in your pocket, and be a phone, and will give you a desktop experience. That PC pocket experience is real on Ubuntu.”

But he cautioned that “in the short term” the device would not be the “biggest, baddest workstation” and instead suit lightweight personal computing needs.

Also touched on was the the release date of the Meizu MX4 with Ubuntu revealed earlier this year, which Shuttleworth said it was for Meizu to announce their plans rather than him. But, more positively, he added that the launch will now cover more countries than originally planned.

And as for apps? Asked if the likes of WhatsApp, Netflix, iPlayer will be coming to Ubuntu for Phones he answered simply: “Yes”.

Yeesh! A lot of digest, right? Let us know your thoughts on any of the above in the comments below. 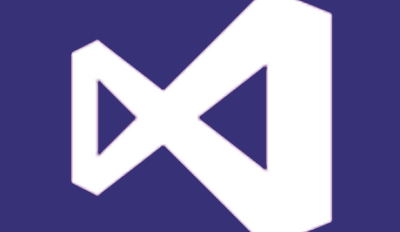 How to Install Visual Studio Code on Ubuntu
Read Next