The project lead of Kubuntu has been told to step down by the Ubuntu Community Council.

A set of emails containing the official statement from Ubuntu’s primary governance body, replies from both Jonathan Riddell and the Kubuntu Council and  an intervention from Mark Shuttleworth backing the decision, have been published by Kubuntu community member Scott Kitterman to help shed light on the unfolding.

The Ubuntu Community Council allege behavioural contraventions of the Ubuntu Code of Conduct by Riddell, both indirectly and in his dealings with them and Canonical.

Part of the brouhaha appears to stem from a request made by Riddell for clarification of Canonical’s policy on the licensing implications of derivative distributions. His reaction upon being given answers he felt were unsatisfactory allegedly left some members of the CC feeling uncomfortable and stressed.

But for Kitterman, who has been a Kubuntu developer since 2006, this doesn’t sit right.

He’s aggrieved not just at the reasoning behind the decision but in the way it was reached in private, something he feels is at odds with the governance’s typical procedures for resolving issues of this nature (largely what they exist for).

“I don’t know what Jonathan did or did not do,” he writes in a follow up blog post titled ‘I Think I May Be Done‘. “The CC have declined to provide any information to support their rather extreme accusations.”

Tl;dr: It’s a sticky mess and neither side is budging.

The Kubuntu Council have ‘reaffirmed‘ their backing of Riddell and are, presently, not accepting the decision of the Ubuntu Council.

Mark Shuttleworth does back the decision, saying that the “UCC is entitled to choose who they will recognise as their counterparts and representatives in sub-communities like Kubuntu”.

A stalemate between two stable mates. Where this goes next remains to be seen.

Community Manager Michael Hall has repeatedly suggested that both sides discuss the issue further to reach a resolution. Scott Kitterman feels this process would be moot while the “request” to demote Riddell hangs in the air.

Riddell, for his part, has never claimed to be leader of the project. In theory there’s nothing for him to ‘step down’ from, more step aside from doing.

Clearly the Ubuntu Community Council didn’t reach its decision lightly. It holds legitimate concerns. There’s currently no suggestion that the UCC will ‘enforce’ its decision by removing Riddell’s (vital) upload privileges and membership status should he remain.

Such Drama, Much Arrrgh

Our decision to “cover” this drama will cause a few members on both councils to roll their eyes. But we’re not highlighting the drama to point fingers or assuage blame, far less to stoke division or (as will be put forward) ‘get clicks’.

The emails clearly show that neither community is happy with the current situation and both want to move forward. The question is how.

With passions running high and people understandably feeling hurt and bruised a resolution is unlikely to be forthcoming. That has an impact on everyone else in the community too, from advocates to users.

Calms heads are needed or this storm in a teacup could spill over.

Update May 29: The Ubuntu Community Council has issued a formal statement on the issue. It can be read here. 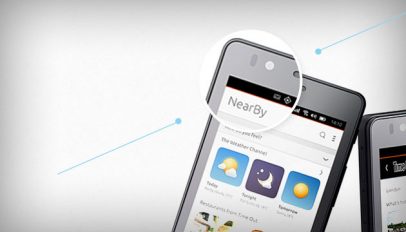