The Bq Ubuntu Phone went on sale this morning direct in Europe and as expected sold out — twice!

A ‘flash sale’ for a limited number of the €169 handsets had been due to last between 8am and 5pm GMT on February 11, but was affected by technical issues that prevented many buyers from getting past the registration screen to complete their purchase, while others were left stuck in ‘processing’.

Despite the technical issues the Bq Aquaris E4.5 Ubuntu Edition handset managed to sell out its debut run.

Customers successful in bagging a device in time took to social media to share their excitement and their confirmation e-mails which show an expected delivery date of March for both the phone and the official Duo case accessory that early bird buyers got for free.

To compensate for the technical issues that hampered the initial rush, Bq put a second, still limited, batch of devices on sale at 2pm GMT. No surprise to learn that these also sold out — and sold out in well under 10 minutes.

While the ‘flash sale’ approach frustrated some, it is clear that in copying a page from the Chinese mobile maker book of hype Canonical and Bq have managed to generate noise and demand for the first device.

Bq, in a statement, thanked buyers for their patience, explaining:

“We experienced a huge demand this morning, receiving over 12,000 orders per minute and unfortunately our servers went down as a result.

We only had a limited number of units for today’s flash sale. More will be made available as further flash sales are held throughout the month. Please bear in mind that all orders placed for Ubuntu smartphones will not be delivered in any case until March. (sic)”

Quite a strong showing for Ubuntu early on — do you think subsequent flash sales/pre-sales will be able to match this initial demand?

Were you one of those who missed out? Don’t panic; Bq plan to hold further flash sales throughout the coming weeks.

The flash sales may be the only opportunity most get to snag this device at this time as Bq say they have no plans to put the phone on “normal” sale afterwards.  Buyers will need to act fast as soon as availability is announced.

Following us on Twitter is a good way to stay on top of that! ;)

If the Bq device isn’t quite ‘your’ thing — and boy have some of you made clear it isn’t! — you’ll want to keep an eye on Meizu. The Chinese upstart may not be in the same league as its rivals yet, but it has plans in motion to change that.

Meizu will unveil its first Ubuntu Phone device at Mobile World Congress 2015 later this month. It will be a repurposed version of the MX4 (not the MX4 Pro) and will appear alongside three other devices, each running a different operating system (including Meizu’s own FlymeOS).

A European release date for the Meizu MX4 Ubuntu Edition is, tentatively, pencilled in for either March or April — at least that’s according to Canonical’s Cristian Parrino who in a chat with Sujeevan Vijayakumaran has this to say:

“What definitely is going to happen next month is that we will show the Meizu devices at MWC… We don’t know yet for sure but we are hoping that we can sell those devices in March as well. It could be March, it could be April.”

Ahead of that the Bq device is still the focus for Canonical this month. With more flash sales planned, and the mainstream press due to receive their hands-on units in the coming week, you’ll be reading, hearing and seeing plenty more of this little 9mm thick device in the meantime…

Did you manage to get an Ubuntu Phone in this first flash sale? Do you plan to try in the next? Let us know your thoughts in the comments below. 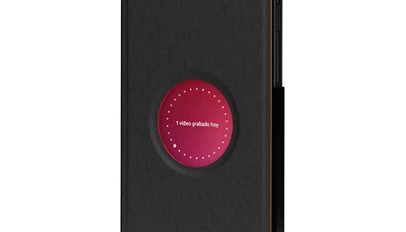 This Is Bq’s Exclusive Ubuntu Phone Case Accessory
Read Next