Linux Mint has announced that a new PC in its ‘MintBox’ line of PCs is coming in the spring: the ‘MintBox Mini’.

The new box continues the distro’s long-standing partnership with Israeli computer manufacturer CompuLab, which began with the release of the original MintBox PC back in 2012. That was followed the year after by the more powerful MintBox 2, a device which sold out in Europe on its Amazon debut last year.

Has it got what it takes to beat the super tiny $89 Intel Compute PC running Ubuntu 14.04 LTS? Let’s take a look.

The MintBox Mini is five times smaller than the original MintBox and is barely an inch tall. Like previous editions, the new model is fanless, with the case design working as a passive cooling system.

If there’s a criticism to be levelled at the device it’s the utilitarian design. Previous MintBox models had a very distinctive look. The mini looks like an ADSL router wearing an aluminium shed.

Not that appearance matters too much in a device this tiny, but even so.

The success of Chromeboxes has proven that big things really can come in very small packages. The MintBox Mini is no exception, offering twice the performance of the MintBox 2 in a device able to slip into a pocket.

Ports and extensibility are well catered for. The device offers three USB 2.0 ports, two USB 3.0 ports, a pair of HDMI out sockets for dual-monitor setups, headphone/mic jack and a MicroSD card reader for expanding storage.

CompuLab will sell the MintBox Mini for $295 shipped in the US and €295 shipped in Europe. A percentage of the overall sale cost goes to Linux Mint and to cover the five year warranty provided.

For more details head over to the Linux Mint announcement or check out the device on the CompuLab website.

Learn More About the ‘MintBox Mini’ 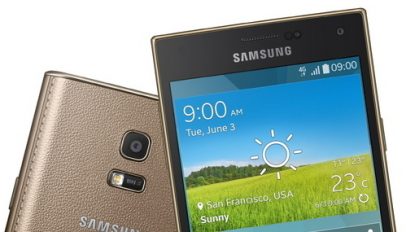